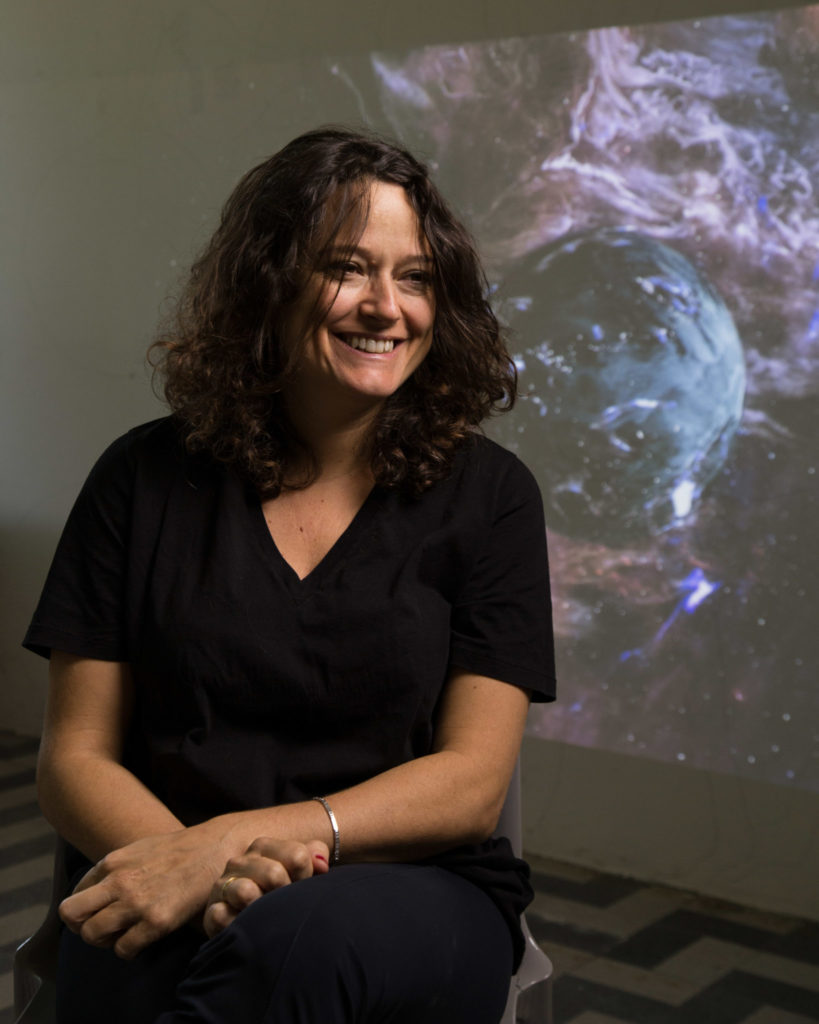 ‘The Same Work’ is the name of the workshop that was run by Rä Di Martino, together with the artists in residence for La meraviglia, from 23 to 25 October. The same object, six different perspectives, one collective work of art.

Rä Di Martino took two elements as a starting point for this second workshop: the video camera and a common object. To begin with the artist herself filmed the six artists in residency, while subsequently the camera was entrusted to each of them to use how they wanted. 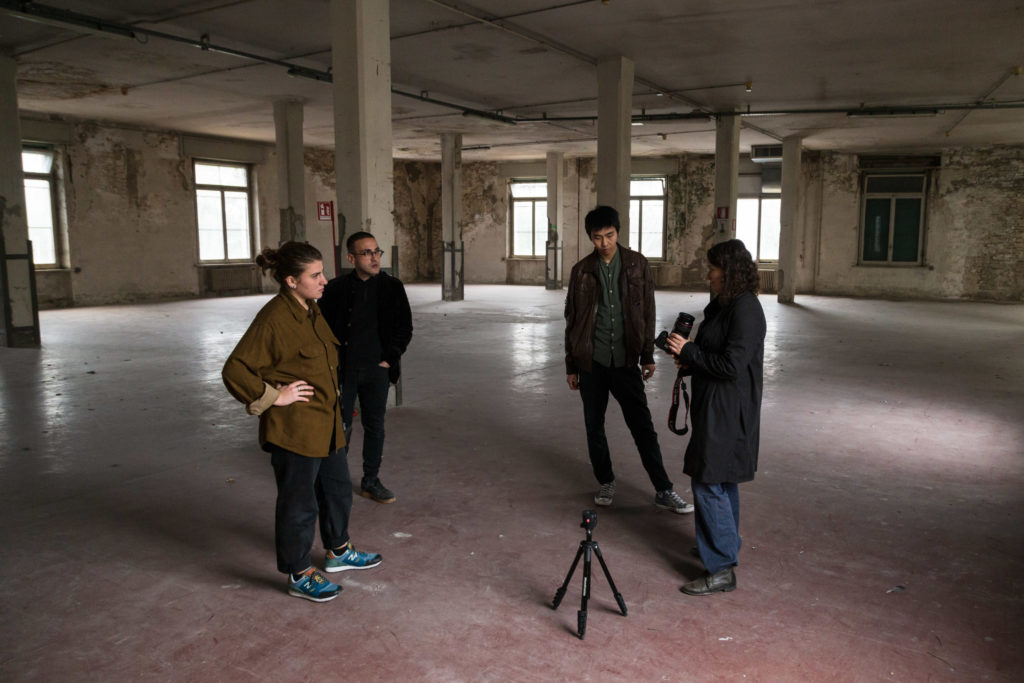 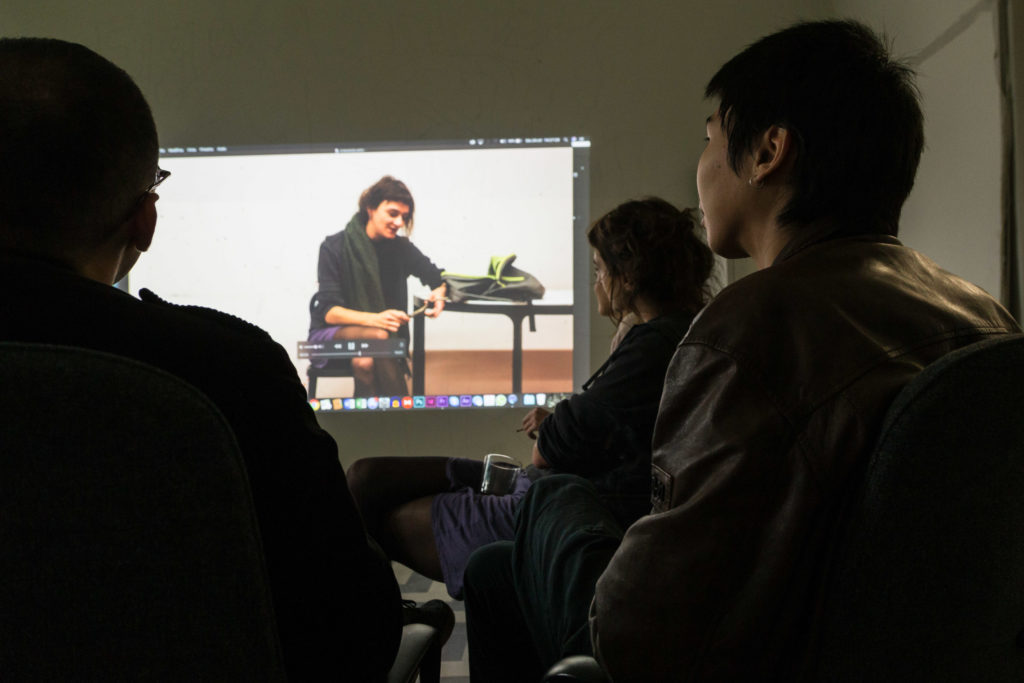 On the first day Rä Di Martino opened with an experiment. She had brought along a backpack containing various objects, some childish some not, which she wanted to get rid of, and she filmed each of the artists on their own with one of these objects, having asked them to attribute some sort of biographical meaning to it, as if it had come from their own memory of the object.

“It helps you understand a lot about video as a tool” affirms Rä Di Martino, “because when you watch it back all together you can understand what works, what doesn’t work, what seems real, what doesn’t seem sincere, and so it immediately gets you into using this tool, the medium of video, in a more direct way”.

Each artist spoke to the camera about objects that were very different from each other, from a deer’s horn to an elastic ball. This theatrical exercise, almost like a parlour game, came from a desire to get the artists to familiarise themselves with the medium of video and learn more about what works with it, whilst also broadening the imagination through the improvisation and invention of telling stories. The result of the filming was then analysed by the group. Every part was so true and spontaneous that the artists decided to turn it into a piece of work in itself, with alternated editing and mainly focused on the object of the red binoculars. 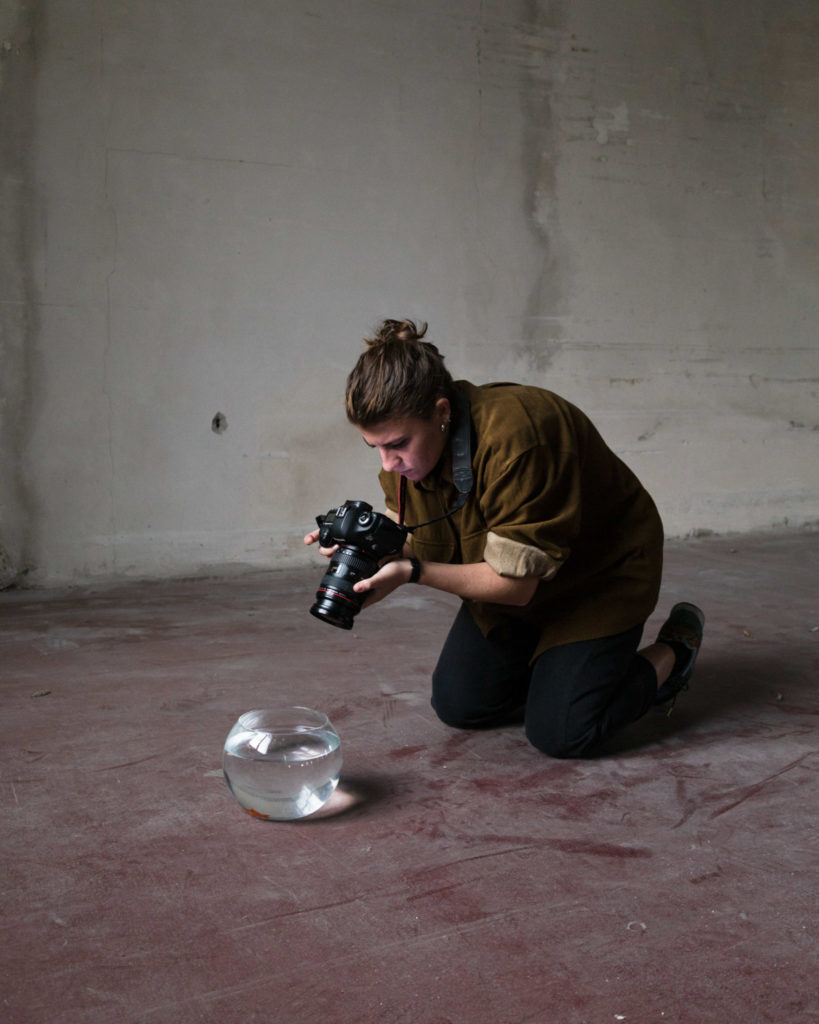 On the second day it was the turn of the artists to choose an object to film and then construct a story around it. The choice that was shared by all settled on an object that is aesthetically beautiful, the glass ball which hosts the goldfish of one of the artists in residence. The object was placed within the spaces on the first floor of building 9, on the red flooring. Each artist shot the scene in their own way, working independently. Out of this experiment, totally different approaches to video emerged, all authentic, especially as most of the young artists do not have a background in video arts. Blurred, close-up, fixed shots, tracking shots, hand-held shots. The goldfish, who goes by the name of ‘Sette’, became the protagonist and lead actor in every film, according to the interactions that each artist created: one spoke to the fish in confidence, another associated it with Matisse, one serenaded it with a song, and another created a performance. 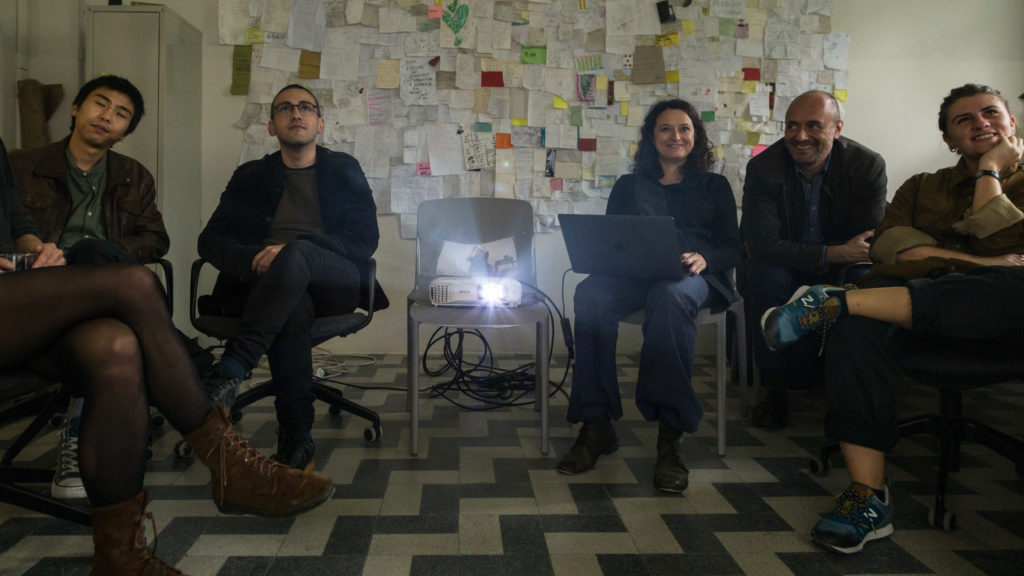 On the third day the group reviewed everything they had done and mused over possible alternatives: either creating a single film containing a montage of the six videos, or six individual videos to be projected one next to the other using small-format projectors. After considering the quality and the nature of the recordings, they went for the second option. As a result, the six artists are currently working on the post-production of their materials. Each one will have their own space to show their film, but the end result will produce a single collective piece.

The Same Work is reflected in this way of creating and developing a work of video art, from conception to production and then onto post-production. It represented a wonderful exercise in concerted direction among the artists, where the initial and final recordings are from Rä Di Martino, bookending the artistic direction of the young artists in residence. The intention from Rä Di Martino was to take the same point of departure, and for them to experiment to find out what would be their own point of arrival. Clearly, the goals are diverse and numerous, and this is the sense of creating and exploring territories that had been unknown up to that time, to give life to the sharing of a signature, a project and a creation.

A tombstone which is dying / Liu Xuan