I recommend these five books to provide inspiration to anyone who wants to become a creator of fashion designs. Among these selections, there are two which tell the story of two people — Paul Poiret and Mariano Fortuny — which were introduced to me during my first year of study at Polimoda, when I had just arrived in Florence.

A magical world in which we dream through the eyes of the incredible Paul Poiret. Forefather of all stylists, the eccentric and creative Poiret was already a star at just thirty years of age. He was adored and pampered by rich ladies the world over. He embodied joie de vivre, the light-heartedness of a time period which has been named la ‘belle époque’, but which could just as well be called the ‘époque Paul Poiret’.

His designs are light, the lines free and simple. He abolished the bust and in doing so completely revolutionised fashion and the feminine figure. He substituted black tights for skin-coloured tights, and was the first ever to create a signature scent. Poiret caused a scandal by introducing the pant-skirt, and also designed furniture and fabric for home decor and accessories on a vast scale. His muse was his wife Denise, tall and slender.

Poiret invented a style. He buried the frills of the Belle Époque opting for a natural un-affectedness which coincided with modernity. Everything signed by Poiret was a sales success both in Europe and in the United States. But when World War I broke out, Poiret was drafted and by the time he returned in 1919, he found a completely different world. Everything had changed. His famous parties, which had been considered incomparable by such socialites as Boni de Castellane, were now a distant memory. Nevertheless, Poiret did not give up working until the Expo of 1925, which was to be his ruin. 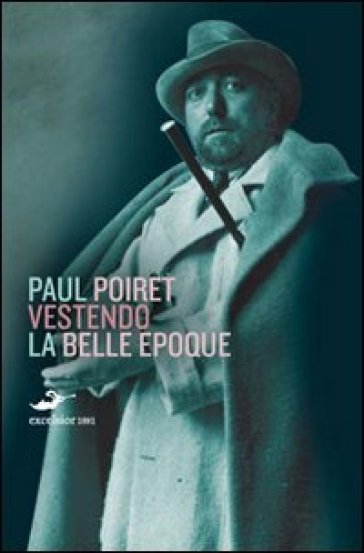 "Mariano Fortuny: his life and work”

Decorative grace and pure lightness. Mariano Fortuny was an enchanting decorator who was able to combine elements from different countries and translate them in a unique and refined way. A visionary designer and artist, today, Fortuny is remembered above all for his rich and innovative fabrics and for his opulent clothing. He was also a skilled painter, engraver and photographer, as well as set designer, costume designer, and lighting designer. His craftsmanship and ambitious lighting projects revolutionized set design at the end of the 19th and the beginning of the 20th century.

Fortuny’s varied and sumptuous production has acquired an almost mythical status in the canon of aestheticism in the early twentieth century. The author Guillermo de Osma provides a complete and authoritative account of his life and work.

Born in 1871 into a famous family of artists, critics, architects and craftsmen, Fortuny benefited from an eclectic artistic education and inherited his father’s passion and interest for collecting art and artifacts from the Arab world. He expanded his artistic tastes and interests during his Grand Tour of the main European cultural centers, including Paris and Bayreuth (where he was introduced to the work of composer Richard Wagner). Fortuny eventually settled in Venice and, from his studio in Palazzo Orfei, he began to create work in the thriving tradition of aestheticism. He rejected the hierarchies and barriers between the arts, and created two-dimensional works of art, as well as furniture, fabrics and scenography for pioneering operatic and ballet productions.

The Delphos Robe is perhaps the quintessential Fortuny creation: it is a dress that is a work of art, and traces its origins in the progressive design of the theatrical costume that was worn by avant-garde figures including Isadora Duncan and was even immortalized in Marcel Proust’s writings. Its patented design was hand-dyed and pleated. This sculptural dress was considered shocking on its first appearance in 1907, but examples of it still appear today on red carpets. Combining craftsmanship, liberal principles of ‘rational dress’ and a deep immersion in the clothing traditions of the Arab and classic worlds, it is an iconic garment that transcends fashion. 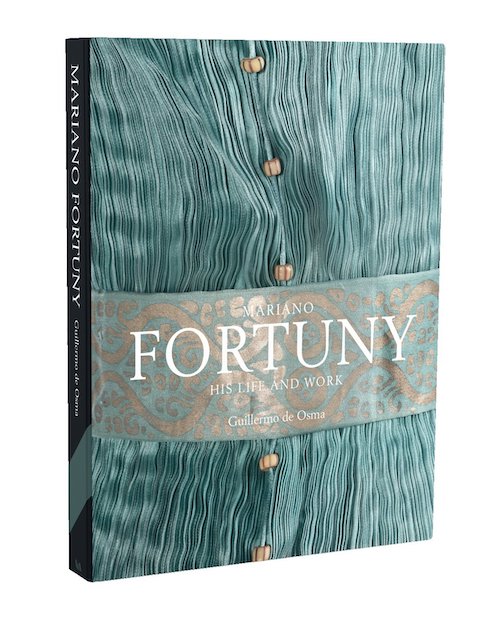 A wonderful mix of music, art, politics, friendship, love and irreverence as told by the marvelous artist Patty Smith. New York at the tail end of the 1960s —  its atmosphere is incandescent. Patti and Robert are walking about town to celebrate the Indian summer.

They meet an elderly couple who stop to gaze at them. “Take their picture”, says the woman. “Why? They are just kids” replies her husband. Just kids. Patti Smith knows how to look back and does so without sparing herself, with the quiet exuberance of an artist who has reached the apex of success and with the disenchanted passion of those who through fame have come to know life’s highs and lows all too well.

This rock priestess retraces the steps from her childhood in Chicago that would eventually lead her to New York. It was in the Big Apple that she met

Robert Mapplethorpe, a bold photographer who was to weave a life of art, devotion and initiation with her. Together, they discovered that rock, politics and sex were the essential ingredients of a coming revolution. Friendship was the real glue between Patti and Robert. A rare, pure, precious friendship. Theirs was an explicit pact of mutual support, based on the sharing of dreams, visions, and ideas on art.  These are the confessions of one of the greatest protagonists of American rock, of an original poet, a muse, a woman who knew how to live outside conventional borders. 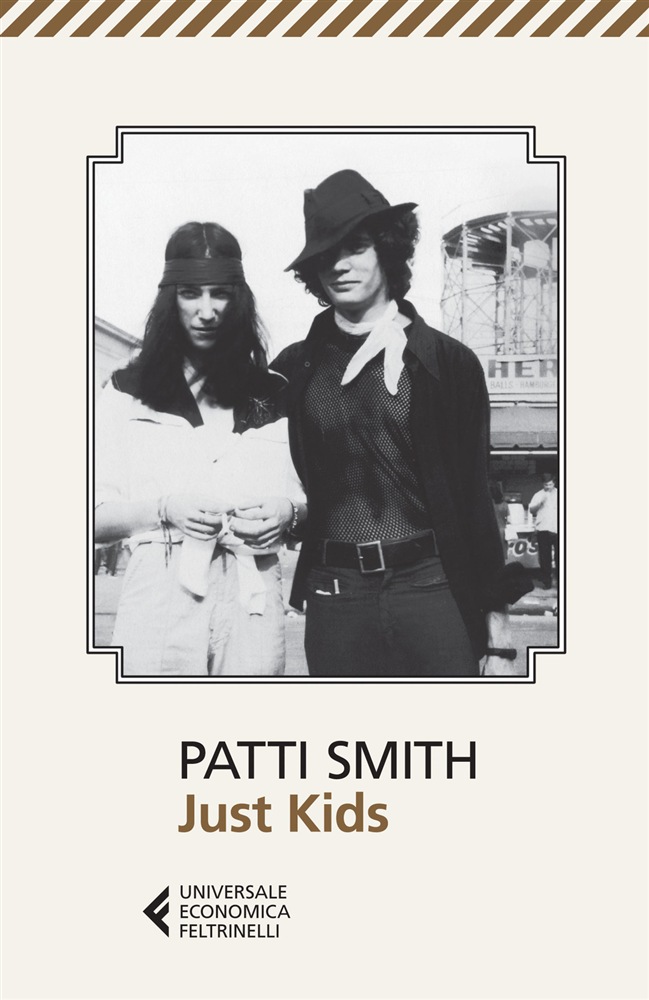 Wonderful things can arise even from the most terrible events, when someone is guided by an irrepressible, instinctual talent. It will end in folly.

Jean-Baptiste Grenouille, born on July 17, 1783, in the stinkiest, foulest place in France, the Cimetière des Innocents in Paris, was rejected by his mother as a newborn. His own nannies avoided him because he did not smell like infants should, indeed, because “he had no smell”. He was turned down by religious institutes as well, but in spite of them all he manages to survive and thrive! Grenouille soon discovers he has an invaluable gift: a prodigious ability to identify, perceive and distinguish odors.

Driven by this innate and unique talent, Grenouille decides to become the greatest perfume creator in the world. In this book, the reader follows this fascinating character as he ventures to scent shops; a sorcerer’s apprentice who quickly surpasses every master and moves from the populous and fetid Paris, to Grasse, the capital of perfumers in airy Provence.

Grenouille’s ambition is not to get rich, nor does he thirst for fame; rather, he is steadfast in his wild dream: to dominate men’s hearts by creating a perfume capable of engendering love in anyone who sniffs it. Nothing will stop him in his quest to obtain this magical scent. 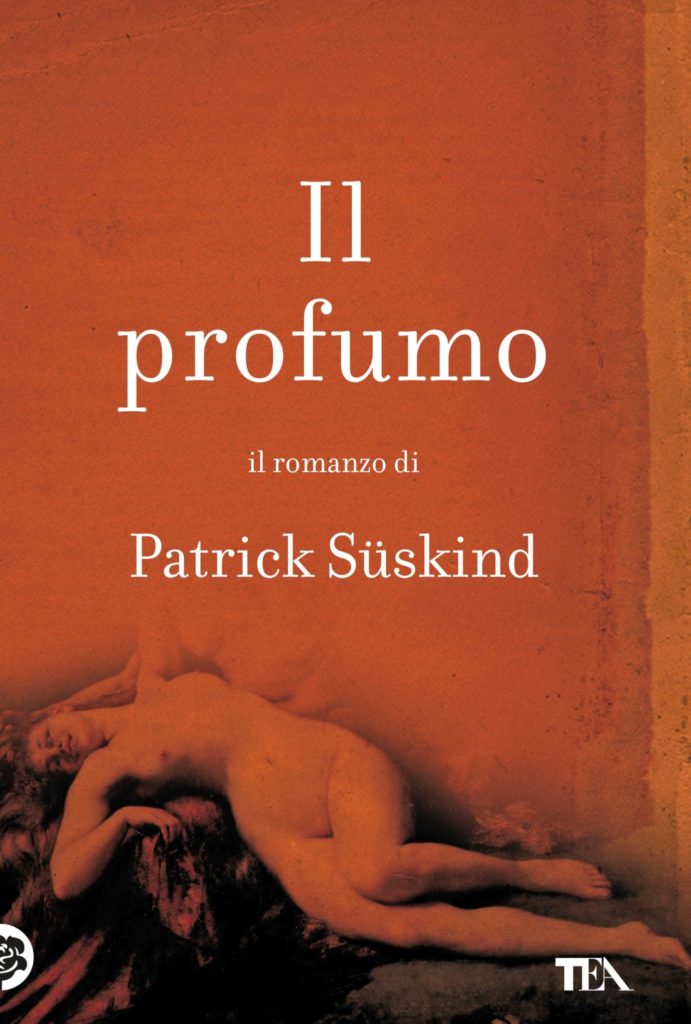 The revelations of a man in love. Pierre Bergé portrays the strength and fragility of a great creative mind. Yves Saint Laurent, one of the most talented fashion designers of the last century, is remembered above all as the inventor of prét-à-porter and for adapting men’s clothing to the female body. In this book, Pierre Bergé, the companion of the great French tailor who lived at his side for fifty years, turns to his missing friend, and reveals the most secret aspects of his persona. This unusual correspondence – in which the recipient is no longer among the living – spans just over a year, starting from the days following the designer’s death on June 1st, 2008.

The letters are the account of an ever-present absence, as Bergé himself says, because the memory of Yves accompanies him everywhere: in the houses in which they lived together, in the gardens of Marrakech that they loved so much, even in places where Saint Laurent —sedentary and un-inclined to travel— has never been. Bergé reveals his friend’s fragility and excesses, yet recognizes Saint Laurent’s extraordinary talent and genius expressed through fashion.
In order to “create [fashion] you must be an artist, even if fashion is not an art”. With extreme simplicity Bergé recalls their first encounter, their love, the shared emotions that stirred within them when faced with beauty. Bergé also recalls the difficulty of Saint Laurent’s last years spent in solitude. 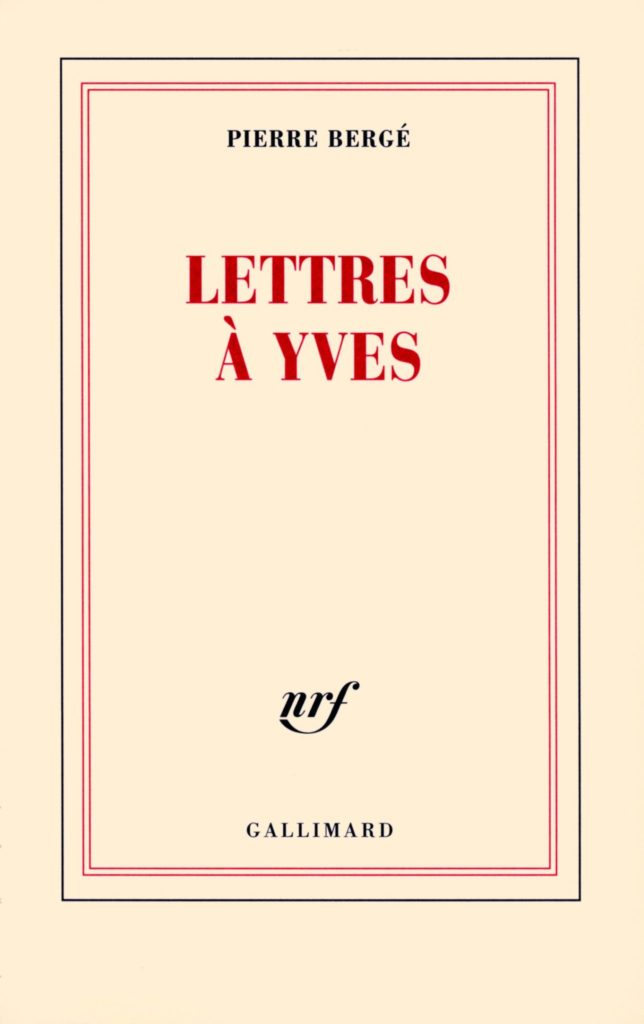 Raffaele Stella Brienza is the founder and designer of the brand Mani del Sud.

Its collections reflect the essence of its roots, which find their way into a wide range of men’s accessories. The versatility of the bow tie, the heart and soul of Mani del Sud, combines with the authentic style of the accessories and is completed with refined tailored shirts, ties, wallets, clutches and bags. The creations of Mani del Sud are handmade from pure silk, natural cotton and real leather, in a dialogue between tradition and progression. 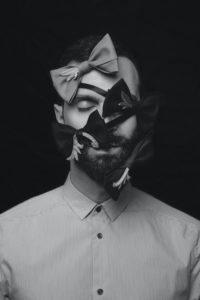