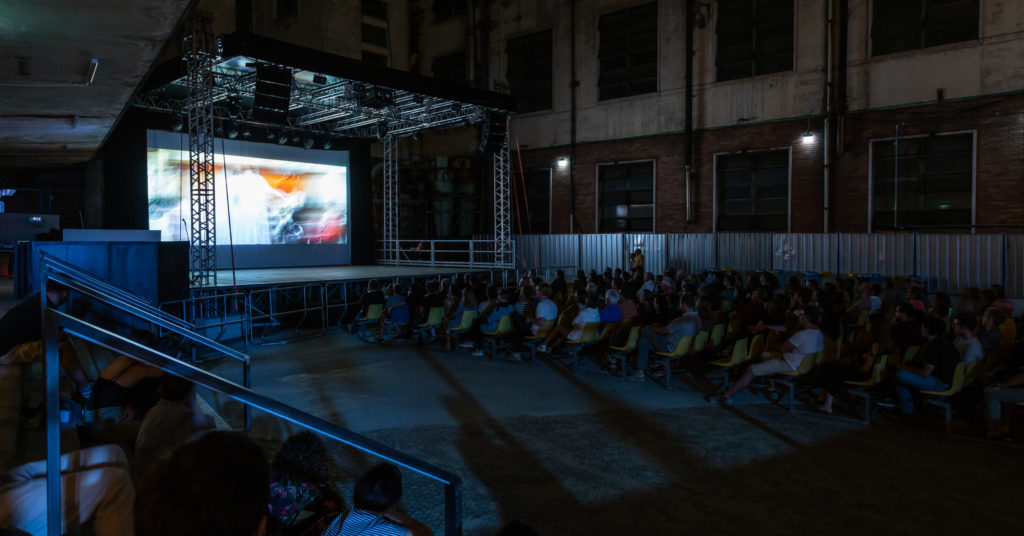 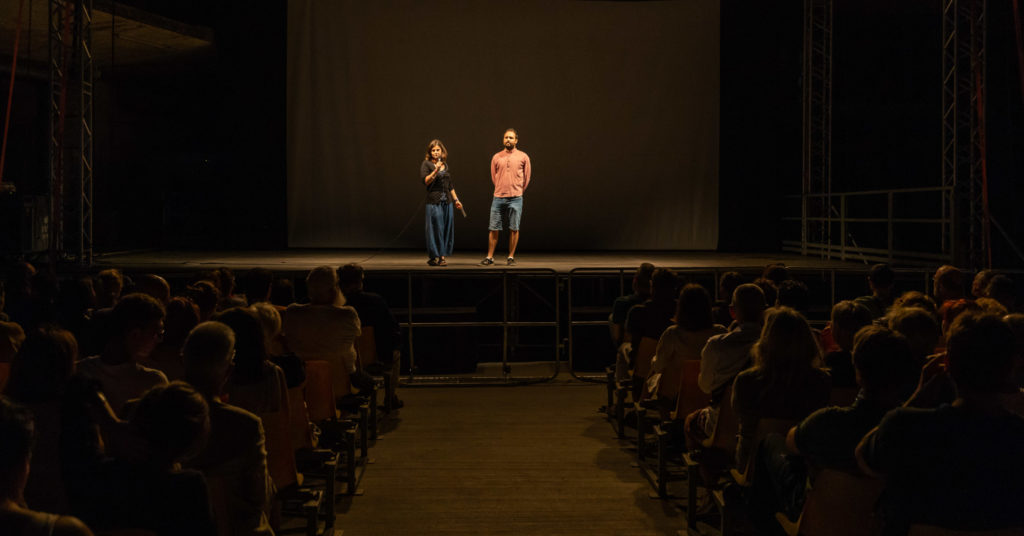 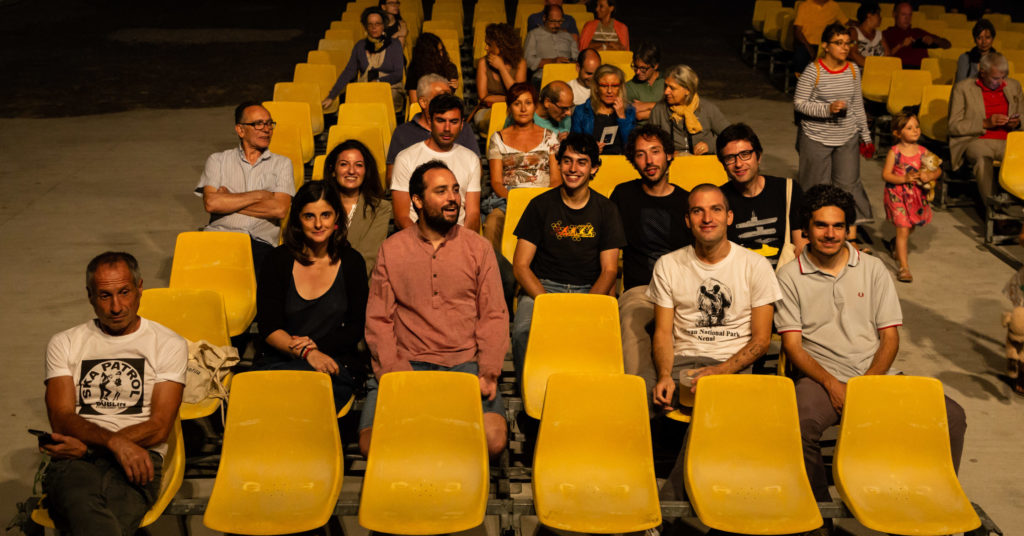 Often, we’ve been asked (and are sometimes still asked): masters of the bocciofila, how did that thing with the Manifattura go? There are many possible ways to respond.

We could say that it was an experience that has changed us, something like the journeys people made to Pakistan in the 1970s. We could say that now we are different: this collective of writers, this entity itself – like the journeys to Pakistan – belonging to a bygone age, it has been transfigured into a cultural association. We have become adults, there you are, that’s the truth. We could also say something about working with the neighbourhood, with the people that didn’t go away in August, on the importance of free cinema, culture open to all, about big organisations that choose to work with little organisations (thanks Manifattura Tabacchi ♥).

However, we won’t say any of this, we’ll do something better. What we will do, in substance, is the same as what businesses, banks, important institutions, accountants, tailors, average students, and great people do: we’ll provide figures. Here they are.

During the summer of 2019, In fuga dalla Bocciofila delivered 1 film festival for Manifattura Tabacchi under the title Partenze intelligenti e Controesodo, with 24 films in the evenings of July and August.

The festival was sub-divided into 2 parts (which you may have deduced from the title…), each one composed of 12 films. Planning it took 5 months.

We had 2 meetings with Manifattura Tabacchi, a further 1 networking dinner in which 1 of us drank 5 gin & tonics. Additionally, there were 35 internal meetings, of which some were useful, others less so.

1 project was drafted in 3 different versions, and 1 programme was rewritten 4 times causing 1 nervous breakdown (don’t worry, everyone is fine now).

As the time had finally come (and how could we understand, was someone going to say that the
time had come? For us – we are convinced of this – it was like saints of the Middle Ages. An
illumination, there you are), In fuga della bocciofila, or 1 collective of 10 writers, became a cultural association, or 1 non-profit organisation made up of 1 president, 1 vice-president, 1 treasurer, 1 secretary and 6 members. To do so, 1 accountant with 3 surnames was consulted, with whom 3 interviews took place which will be paid over 2 annual instalments. In addition, 1 statute was drafted, and 1 stamp and 1 receipt book were purchased.

To make our way in the wonderful world of Italian distribution we consulted 5 external entities and collaborated with 2 of them. We asked for advise from 3 cherished organisations (thanks Il Cinemino, Fondazione Stensen and Cineteca di Bologna) and from 7 dear friends, whose identity will remain secret. 97 emails were drafted, of which 12 never received a reply, for a total of 237 exchanges. 115 official telephone calls were made, of which 23 came from unsuitable places, without counting the internal ones.

1 WhatsApp group was created, causing 1 argument over, ironically, how WhatsApp groups are a factor in the degradation of society.

1 journey was made to collect 1 film, the other 23 came by post. Whilst waiting for the deliveries, 140 rosary recitations were made, one a day for every member of In Fuga dalla Bocciofila. We firmly believe that the rosaries in question had a fundamental role in the success of the operation, otherwise we can’t explain how it went so smoothly, without citing the 22,757 apotropaic expressions that were pronounced in the process.
Drunk on novelty, we opened 1 Instagram account (follow us, we’re really good!), through which we made 9 posts and 120 stories (maybe even a few more, we will never know why but we never learned how to save them).

From the start of the festival, our Facebook profile, which we already had (at least we’d done that), registered an extra 180 likes (someone with a big nose will tell us that we should have promoted our posts, but we didn’t), and 1225 people participated in the virtual event. We know that it makes us ancient but we still use Facebook more than other media, and in fact we wrote 48 posts, and to make it even, 48 stories (again maybe more, but also here the mystery remains as to the absence of a “save” option).

For around 1 month, 1 neighbourhood had 1 open air arena with daily film screenings at a cost of 0 euros. We made 24 presentations, of which at least 7 were nearly interesting. Each member of In Fuga dalla Bocciofila introduced at least 6 films, but then nearly all of them went to the Manifattura even when it was not their shift because they really wanted to see the film (applause, please). Members of In Fuga dalla Bocciofila valiantly consumed 200 beers, 40 whiskeys and a few slices of (very good) pizza. Shots were not counted.

The film went down on 2 occasions, both times it was resolved thanks to the employment of sangfroid, banter, and the products of multinational tobacco companies. On both occasions, each member of In Fuga dalla Bocciofila lost 1 year of their lives, making a total of 20 years lost.

Around 4610 people attended the film festival, which means that it was almost always full, and if there were a few less one day there were a few more the next. The punctilious will say that the data is inaccurate, and that someone, that is, will have come several times and will therefore should not be counted as a single viewer. But isn’t it true that we change every moment, that we never bathe twice in the same river, that new cells constantly replace the old ones and essentially that we are not the same people today that we will be tomorrow?

We are happy to recall that 1 person came 24 times (or maybe it was 23 but one counted double), and even if, as we said before, it was never the same person, we would still like to tell him that we love every one of his identities.

Thanks to Manifattura Tabacchi and all of the people who work there for their trust, support, and the use of that fantastic courtyard. It has been, we don’t know how better to put it, wonderful.

Summer is coming to an end, school is about to start, and we are on the run.

In Fuga dalla Bocciofila (On the run from the Bowls Club) is a collective of writers based in Florence whose work looks at cinema and narration. Since 2014 it has organised film festivals and events, created publications and run the online film magazine www.infugadallabocciofila.it. In Florence, In Fuga dalla Bocciofila regularly collaborates with the Alzaia and Todo Modo bookshops and Tasso Hostel, whilst in Prato it has collaborated with Spazio AUT. Since 2017 it has organised the programming of films for the summer season at Light – Il giardino di Marte, with a series of films especially selected for the neighbourhood. It has published a collection of cinematic Haikus – 83 poems for 83 films, and a selection of short stories titled 16:9 and 4:3.