6 experimental video performances curated by Fumofonico give the poetry of Amelia Rosselli a new voice.

The performances are accompanied by an original soundtrack.

Documento is part of Living Room, the digital programme dedicated to culture and contemporary art curated by Manifattura Tabacchi. 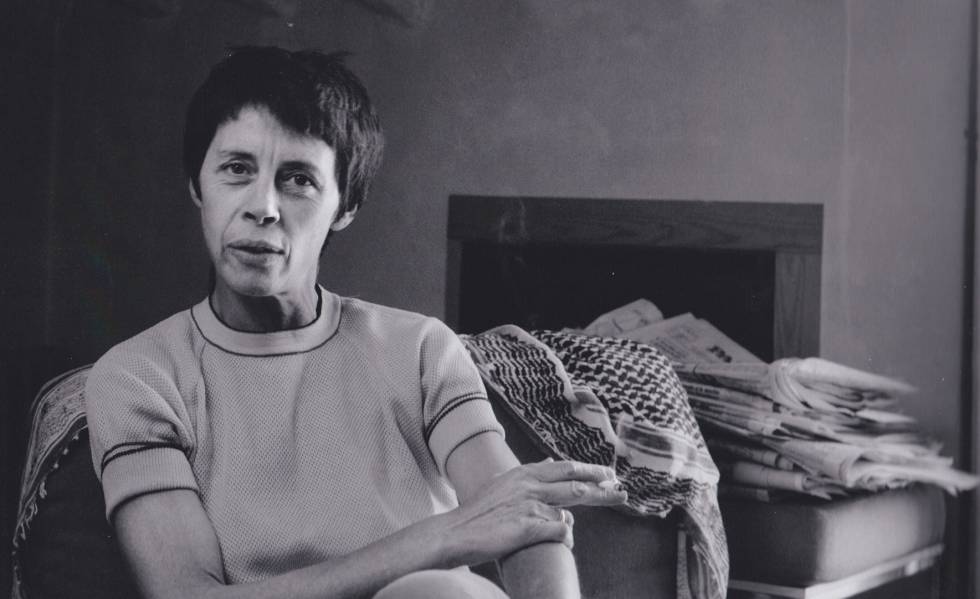 Certain voices are enhanced by the passage of time, voices that, like a good wine, only grow stronger with age. The Fumofonico collective bore this in mind when it decided to take a new look at the oeuvre of Amelia Rosselli, one of the most significant female poets in 20th century european literature. Fumofonico gives her a new voice by having her work be read aloud by members of the collective and other representatives of the italian oral poetry and performance scene accompanied by sounds crafted by a team of exceptional musicians.

Poetry unites different languages and physically distanced bodies that, thanks to technology, are able to be in contact and communicate with one another. The result is a virtual performance which rediscovers and renders Roselli’s verses contemporary and breathes new life into them.

Portions of text extracted from an anthology of Rosselli’s selected works will be read aloud and enhanced by an apparatus of electronic music which emphasises and modernises the themes of her work. DOCUMENTO is a contemporary product inspired by concepts expressed by the critic Simon Reynolds in his most recent view of electronic production, or, as he defines it, ‘conceptronic’: ‘conceptronic’ music finds inspiration and meaning in a 360° vision of the artistic environment in which it was born.

The poetry readers will be paired with musicians. They will interact in real time thanks to the Zoom communication platform. The content produced will be made available to the public on Manifattura Tabacchi’s various online channels. The result will be a hybrid, a unique work on the italian performance art scene whose aim is to experiment with different yet complementary languages and the use of technology to create a form of digital joint participation.

During the 1960s, experimentations on free verse were considered outdated. In this light, Amelia Rosselli’s poetry followed a route parallel to those of the european neo-avantgarde experiences, such as the ‘Gruppo 63’.

From the beginning, Rosselli’s oeuvre developed as effort in ‘total art’, able to fuse different languages; thus the Paris-born poetess experimented with a ‘spatial’ metric, connected not to the number of syllables in each verse, but to the spaces created in the process of writing. She explores various typographical possibilities and frames the text in a single block of verse: it is a spatial metric, performative and strictly musical.

‘Space’ in Rosselli’s work is therefore the element that creates meaning and dimension, what gives a body to the voice (performer) of the poet. These metric spaces envelop the search for a form as both a shelter and a cage for the story of a woman in exile, a refugee, emarginated in a state of direct threat.

These verses have been selected to allow Rosselli’s poetic forms to resound, bringing attention to those texts in which the relationship between an inner world which is in a state of perennial chaos and the writer’s search for a formal and interior order might briefly offer a glimpse of salvation.

One readily recalls imagery that derives from Romanticism when discussing ‘nature’, especially when this theme is explored by means of poetry.

In Amelia Rosselli’s poetic, which presents itself as a breaking from tradition, naturalistic elements are disconnected from the function of representing images. Her poems are veiled in a nebulous and viscous substance that bespeaks the author’s interior realm and her consciousness of history.

In Impromptu (1977-1979), the voice of the poet is especially fluid and narrative. The predominant sentiments conveyed in this work are the refusal to situate oneself on the winner’s side and exclusion towards the ‘natural world’ (which inspired the choice of texts for this performance).

Nature, in Rosselli’s work, is almost imbued with guilt; the unending probe to contemplate beauty comes in conflict with inevitable decay and death.

In these verses, we note the importance of internal anaphoric variation, a distinctive trait of Rosselli’s writing. This stylistic element allows for the poetry’s sound to evolve in a natural, intuitive manner which in turn permits the significance of the verses to evolve from one to the next, to the effect of sectioning, specifying, and often, contradicting themselves; an operation performed under the sign of equivalence and contiguity.

-Your sonnets ring false, calculating! To me, the natural is negated - from Variazioni Belliche (1964)

Like chaos in perfect order, these verses are autonomous microcosms in perpetual motion, where the presence of human and non-human elements acquire their own logic as part of a tight web of meanings and relationships.

Amelia Rosselli herself explains to us the spatial and temporal perception we experience when immersed in the reading of her texts both in her introduction of Spazi metrici, and in her commentary of the same essays that Rosselli read at the ‘PRIMAVERA 88’ Poetry Lab directed by Elio Pagliarini:

‘I took notes while walking around Trastevere [the thirteenth Roman rione] in little notebooks which I later transcribed on paper. That’s how I wrote Primi Scritti and Diario in three languages. By night, day, walking, standing still, I wanted to observe this change in how I observed and encountered things, people, places, movement, and time. Then I would write everything with a typewriter because squared paper can almost give the same results. I could transpose spaces that I would have needed to figure out from the surrounding spaces. It was the 1950s […] I had all the coordinates of these wanderings through space and time’.

Reading the verses which comprise the textual base of this performance, we step into a nocturnal environment where the main themes of Rosselli’s poetic evolve in a cyclical, temporal flow with constant shifts in perspective.

It is a nocturnal temporality which is rooted in the history of Italian literature (Dino Campana’s Canti Orfici come to mind — Campana was well-loved and oft-quoted by Rosselli), but at the same time is accompanied by a strong sense of a posthumous future, a point of no return from existence.

There is a spatial genesis of Amelia Rosselli’s writing that is both dynamic and performative; the author herself shows us how her writing process is triggered through her reflections regarding the Body, the relationship of the Body in space, and the ‘internal pressure’ that influences our perception:

‘For each movement of my body, I attempted to complete the “picture” of existence around me; in the span of time the body remained in a given position, my mind had to assimilate the whole meaning of that picture, infusing it with its own inner dynamism.’ (Spazi metrici, 1962)

This internal conflict recommences in every block of text and every movement; on the one hand, a rational, feminine voice, and on the other an entity that is a muse, an object of desire. Yet this latter entity is not incarnated in any physical Body — its seed is in Rosselli’s subconscious. She yearns for this entity and is only able to reach it through the experience and search for Beauty.

- [...] his ramblings  if not quite love, were something  larger: your body your mind and  your tired muscles -

Amelia Rosselli chose to end her life in solitude. In the year 1996, she commit suicide by jumping out of a small window in her apartment in Rome.
‘Anchorite and amorous’, her poetry was born of the diverging forces of her love towards other people and the awareness that she had chosen a life of solitude.
The basis of Rosselli’s ‘social existence’ is not to be found in the attribution of an identity to the person she addresses in her poetry, this loved one seems to be consumed in the writing itself.
Similar to the Barthesian ‘neutral’ category, Amelia Rosselli’s poetry is political insofar as it is ‘neutral’: it expresses a collective value, subtracted from the mastery of the subject.

The deep-rooted political tendency in her work, a trait most likely inherited from her father, clashes with feelings of ineptitude and a fear of being torn from her sense of duty — that of developing a universal discourse around Beauty itself, addressed to all people and all languages.

- I do not know if, in our outlooks, between you and me there is a difference. I know that between me and  you there exists glory and difference. - 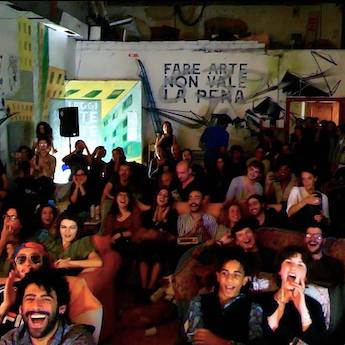