The three pilasters of Ashtanga Yoga

In accordance with measures taken to prevent the spread of COVID-19 (Dpcm 22/03/2020), unfortunately it has not been possible to record the video lessons with Sara Beccari as previously planned and communicated. However, REGENERATION YOGA’s weekly appointment will still be part of Manifattura Tabacchi’s blog and will offer detailed explanations of Ashtanga Yoga positions and their benefits.

Yoga is the union of the individual soul with the universal spirit. This is an abstract concept but in essence, Yoga helps us to center our being and nurtures self awareness. There are various terms that express the varied ways in which we can approach or practice this discipline, that go under different names; Yoga is one of them.

Ashtanga Yoga is a method that is based on a sequence of postures (called asana) and is focalised on specific breathing techniques. It is a dynamic practice, a sort of meditation in motion which massages and strengthens the abdominal muscles, the internal organs, and opens and stretches the hips. It is a discipline appropriate for anyone who wishes to engage their body in movement and find mental calm and potenziate their concentration.

Ujjayi, translated as ‘victorious breath’, is an ancient breathing technique. One emits a soft sound in the back of the throat while inhaling and exhaling through the nose, keeping the mouth closed.
The goal of Ujjayi is to synchronise the rhythm of one’s breath and maintain this rhythm during the course of the Yoga practice. The sound becomes a mantra which helps focus the mind. 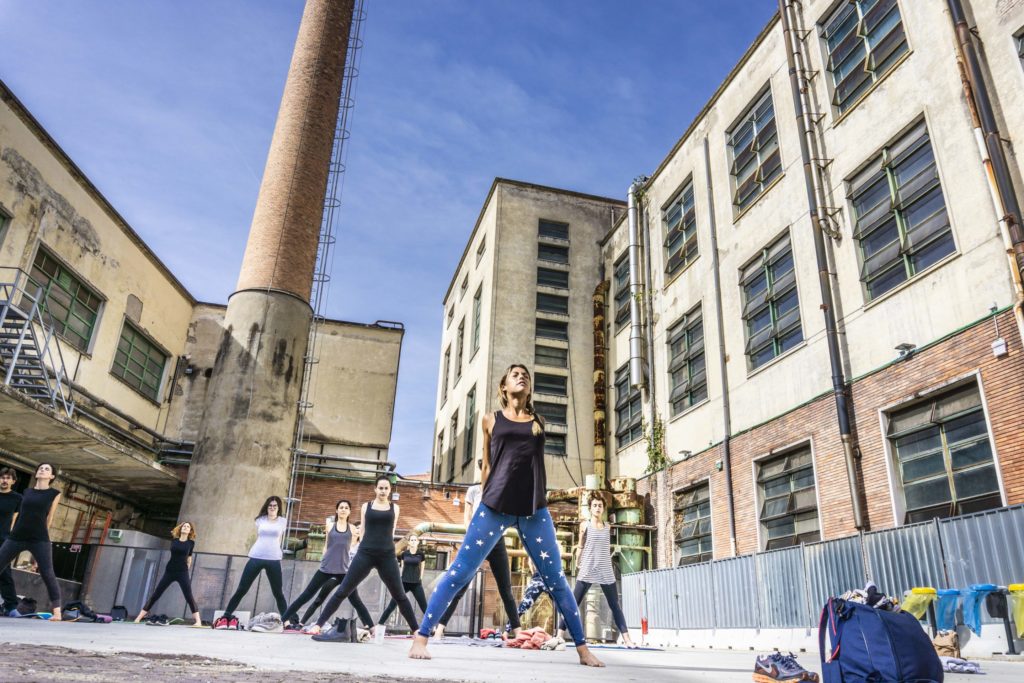 The word ‘bandha’ refers to the energetic barriers found inside the body which regulate the flow of breathing and the prana (vital force), found inside the subtle energy channels called ‘nadi’.

The first of these channels is called ‘mula bandha’ and is the root block which is located in the base of the spinal column, on the pelvic floor.

The second, called ‘uddiyana bandha’, is performed by sucking in the lower abdomen while simultaneously lifting the diaphragm (the feeling is that of when we have to button a tight pair of high-waisted pants).

The third energy channel is called ‘jalandhara bandha’ and is the mental block. It is used in the pranayama breathing technique, but rarely during movement. 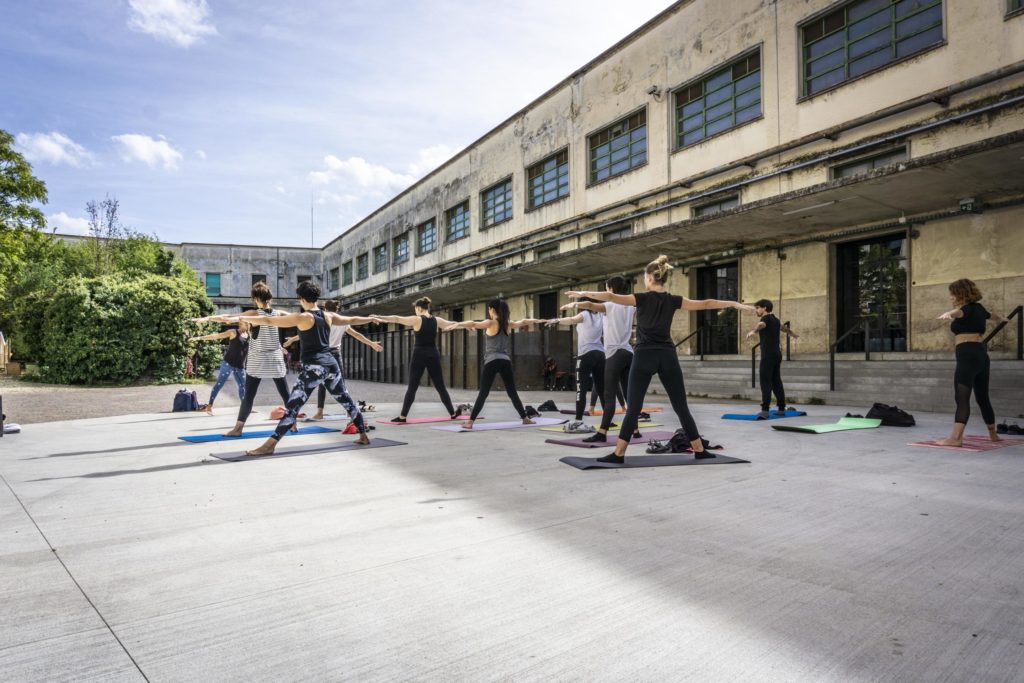 the connection between movement and breathing

Vinyasa is another important element: the connection between body movements and the breath can be defined as a subtle expression of movement of our vital forces.

As an element of yoga practice, vinyasa indicates a sequence of movements coordinated with breathing which facilitate the transition from one position to the next. Thanks to vinyasa, Yoga practice becomes more dynamic because instead of performing one position after another, they are connected in one single flow. 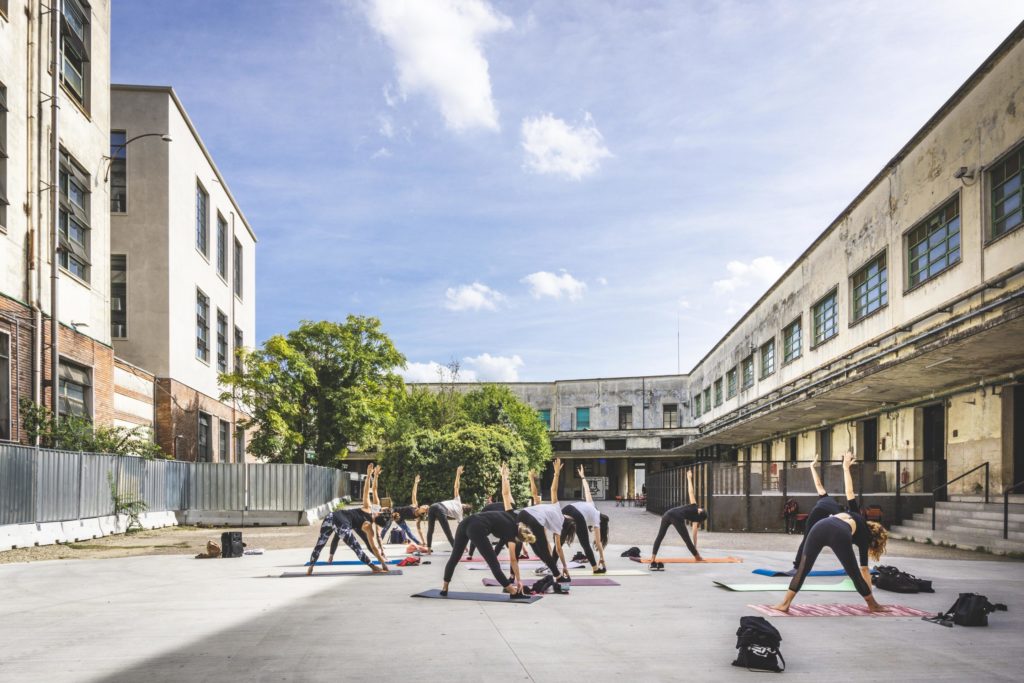 At The Edge of Chaos | Exhibition