The second cycle of the three-year project

On 2 September, the new Artistic Residency begins at Manifattura Tabacchi

ENG: wonder /ˈwʌndə/ (n) a feeling of amazement and admiration, caused by something beautiful, remarkable, or unfamiliar (v) desire to know something; feel curious.

In the spaces of Manifattura Tabacchi, six young international artists will take part in the new cycle of residencies, starting on 2 September and lasting for six months.

The initiative was conceived for Manifattura Tabacchi by Sergio Risaliti, director of ‘Museo Novecento’ in Florence, and forms part of the three-year artistic residencies programme LA CURA, LA MERAVIGLIA, L’ARMONIA (Care, Wonder, Harmony). Over the course of these three years, young artists will work with the space and history of the Manifattura Tabacchi as part of an intense artistic research that will include meetings, workshops, collaborations and much more. 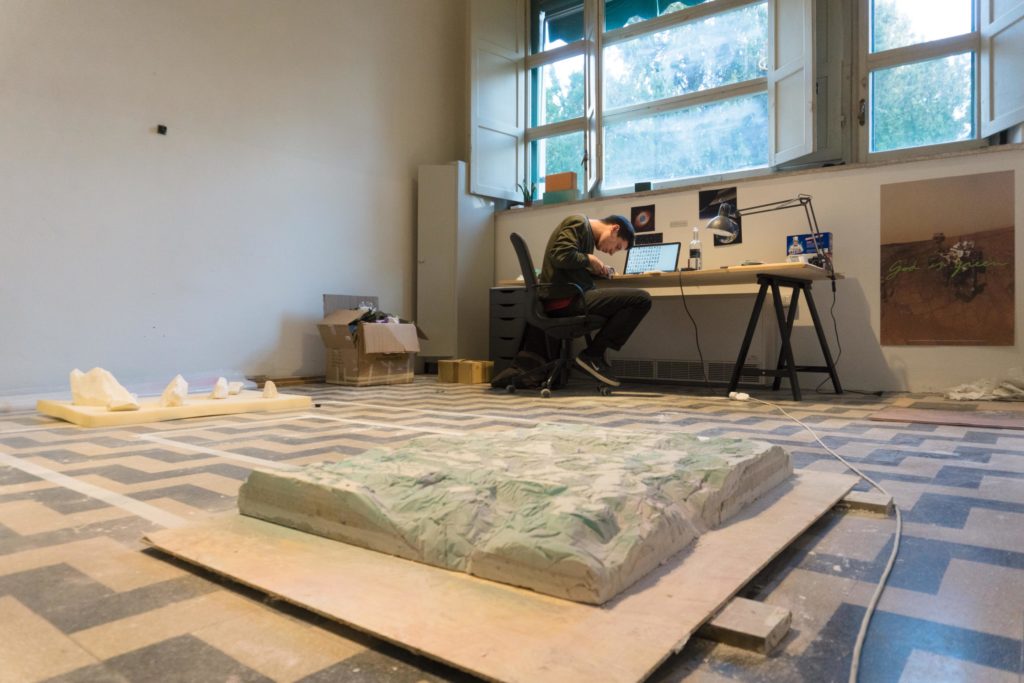 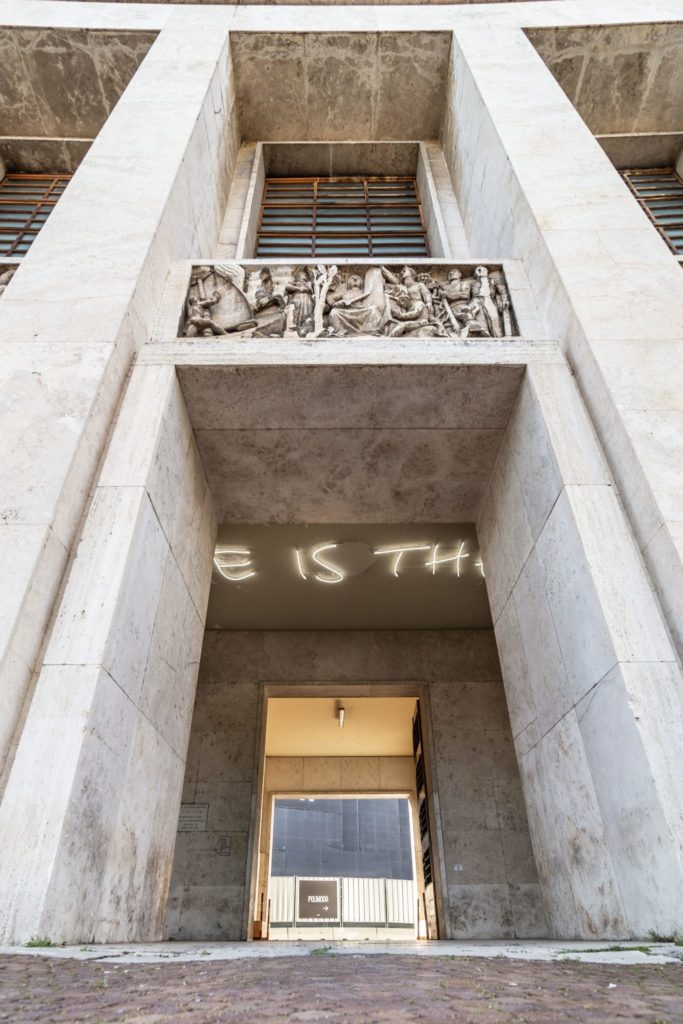 The residencies conclude with an exhibition in the spaces of B8 of individual works conceived and created by the artists, and collectively produced works that come from the various workshops. B8 is a building which will host initiatives tied to contemporary art, as part of the plan for the regeneration of Manifattura Tabacchi, and which hosted the first edition of the residencies, La Cura, which concluded in March.

“After the inauguration of the spaces in B9 on 21 June, dedicated to the art of making, the challenge is to launch a programme dedicated to contemporary art carrying the mark of Manifattura Tabacchi, for which this cycle of residencies is a significant new chapter” Michelangelo Giombini, head of product development MTDM.

The artists will be accompanied along the course of their research by Sergio Risaliti and Paolo Parisi, artist and teacher at the Academy of Fine Arts in Florence, in his role of tutor for the residencies. As in the previous edition, La Cura, the six artists will be given their own atelier at Manifattura Tabacchi, and will have the opportunity to meet artists, curators, and critics, as well as taking part in workshops.

Amongst the invited guests are Ra di Martino, Elena Mazzi, Pantani Surace, Stefania Galegati, Goldsmith Chiari, and Robert Pettena, who will run a workshop dedicated to the eclectic mapping of artistic and manufacturing heritage of the city and the metropolitan area. The young resident artists will also meet Domenico Bianchi, Alberto Garutti, Giacinto di Pietrantonio and Cristiana Perrella.

Taking part in this edition, with works ranging from photography, painting, drawing, sculpture, installations and video, will be:

Born in Ulaanbaater, Mongolia in 1994. Bekhbaatar carries out artistic research which revolves around the idea of change which is intrinsic to all things. With the passing of time, every object, every being, loses its original meaning and takes on a new meaning, a new function. Energy never runs out but changes its shape over time, creating a different energy. The essence remains unchanged, even if the meaning of its being changes. 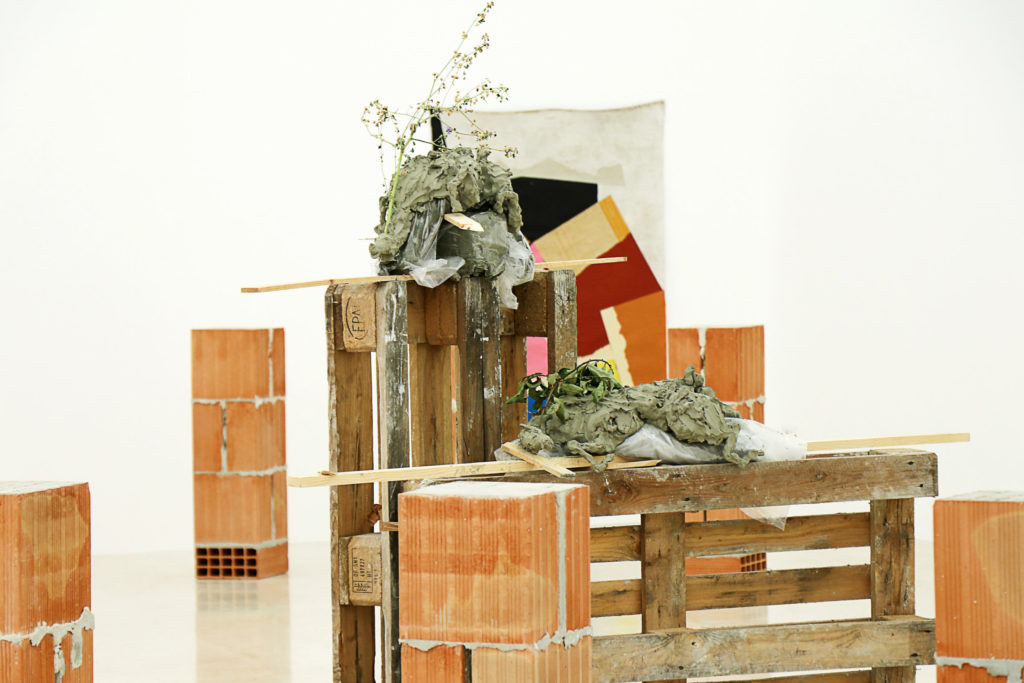 Born in Tehran, Iran, 1989. Iranian artist and graphic designer. She completed her studies in graphics in 2014 and currently attends the Academy of Fine Arts in Turin. Through her artistic commitment she engages in a silent rebellion against the lack of personal and cultural freedom in Iran. 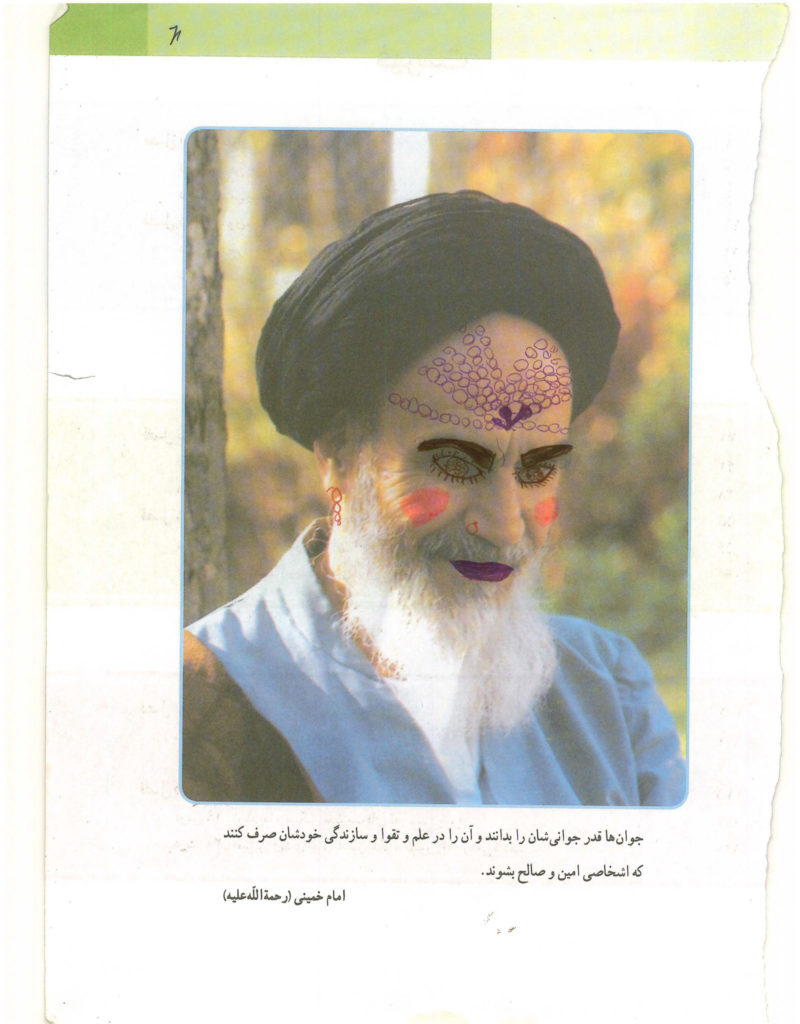 Born in Marmara Ergeglisi, Turkey, in 1993. In her research she questions the meaning of identity, understood as interaction with the surrounding environment, on the environment itself and the understanding we have of it. Works include site-specific installations, projections and sculpture. 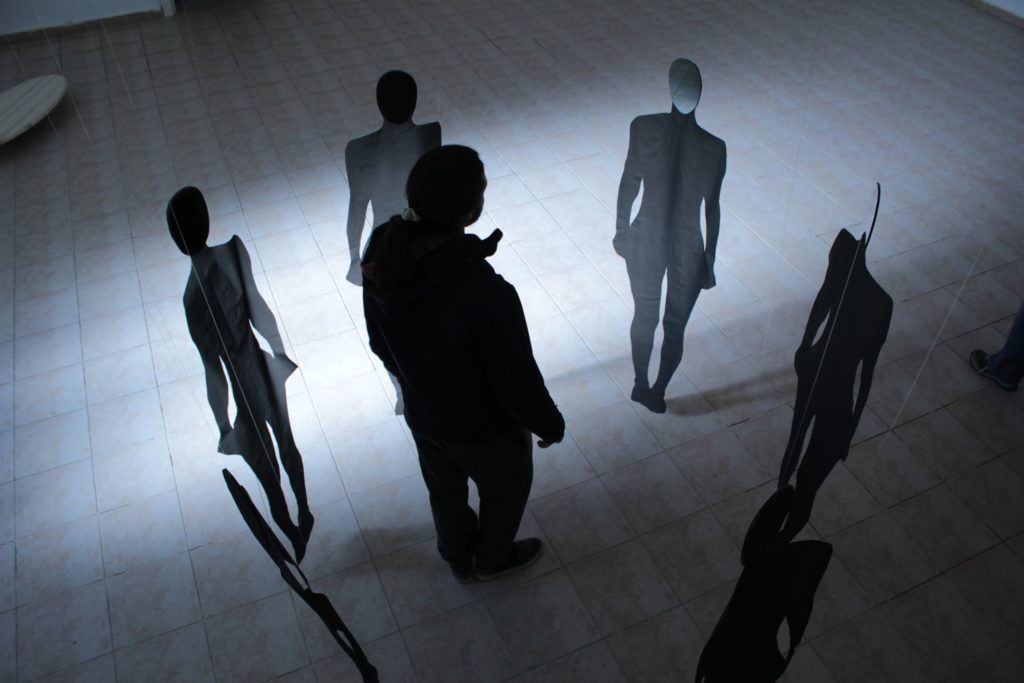 Born in Modena (IT), 1992, lives and works in Bologna. Her artistic research focuses on a practice of study and experimentation with the materials that surround her, on the change and physical decay of some types of organic materials, and on the combination with synthetic materials, on their ambiguity and dichotomy. Her work often starts from photographic notes, material samples and finds its order and fulfilment in environmental installations or in large sculptures, where the work is created and revealed in different moments, invading the space of the viewer who finds themselves immersed in an unusual and alien world, an ‘area’ where space boils with matter. A mythology of aniconic matter, but not before narration. 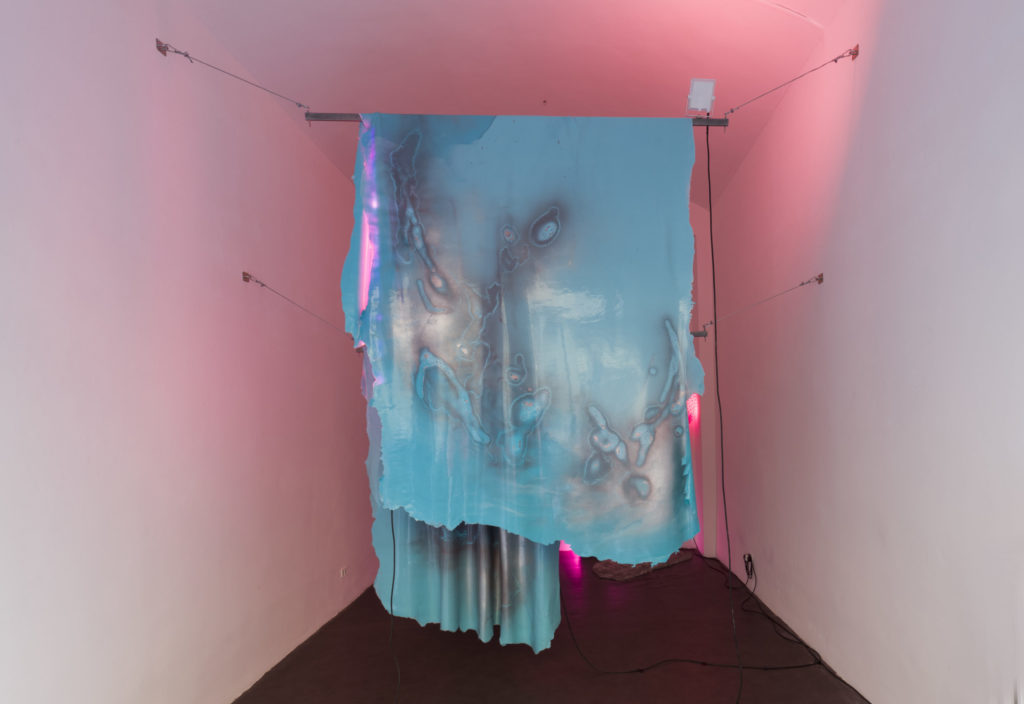 Born in Putignano (IT), in the province of Bari, 1994, lives and works in Monopoli and Lecce. Her research is aimed at the manipulation of surfaces and the identities of objects and bodies. Through the combination of various artistic techniques, mainly painting and photography, she takes fragments, scraps, short texts, forgotten or lost notes, and old photographs, to which she add her own touches, or from which slow and continuous accumulations are able to reconfigure their identity and regenerate their meaning. An affective and semantic action which re-elaborates small events originating from randomness, loss or abandonment.

Born in Termoli, 1990, lives in Florence. His work focuses on the structure and history of image and vision, developing on a dual conception between the normative and expressive phenomena of narratives. This gives rise to a digressive interest in the question of sexuality conceived as an entropic element of social structures. 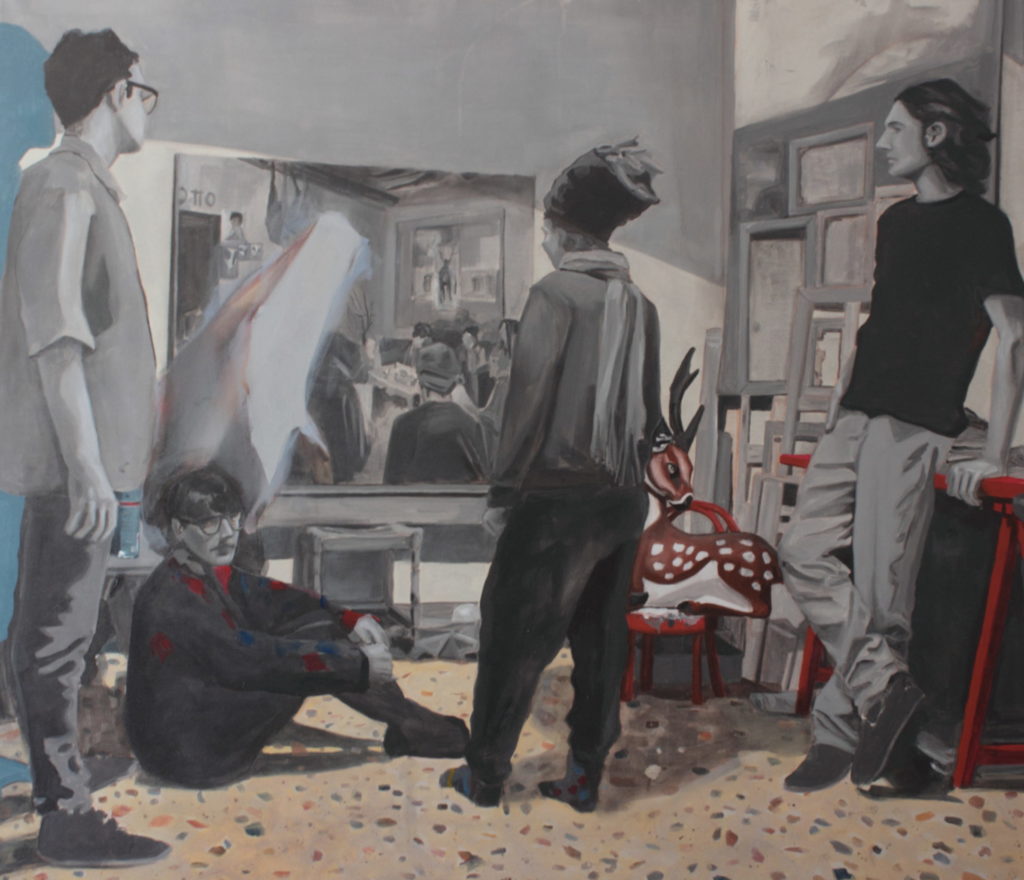 “Something similar worked in the workshops of the great artists in an unstoppable competition between the different generations. That Florence produced wonderous things in all sectors, generating feelings of wonder that still affect us today. Manifattura Tabacchi is contributing to a new Florentine Renaissance, a phase of renewed creativity and cultural competition which will turn the city into a wide-ranging laboratory of creativity, against an attitude of conservation which would like to live on in its position.

This is why we have asked these young artists to concentrate on a magical word such as ‘Wonder (Meraviglia)’. Wonder is perhaps the first emotion that aroused man from unconsciousness to enjoy the spectacle of nature, marvelling at their own thoughts and ability to create things. The feeling and the thing met with extraordinary and irreversible changes. Intelligence and fantasy. ‘Wonder’ is the term that will form the frame and the starting point for these artistic efforts, adapting to the wider project at Manifattura Tabacchi, where knowledge is essentially linked to knowing how to go against the repetition of models and stereotypes. Six young artist from diverse cultures and backgrounds will give life to this experience of a new renaissance. Because art is always the production of wonderous things.” Sergio Risaliti curator of the Artistic residences of Manifattura Tabacchi.