Entrance from via delle Cascine 33 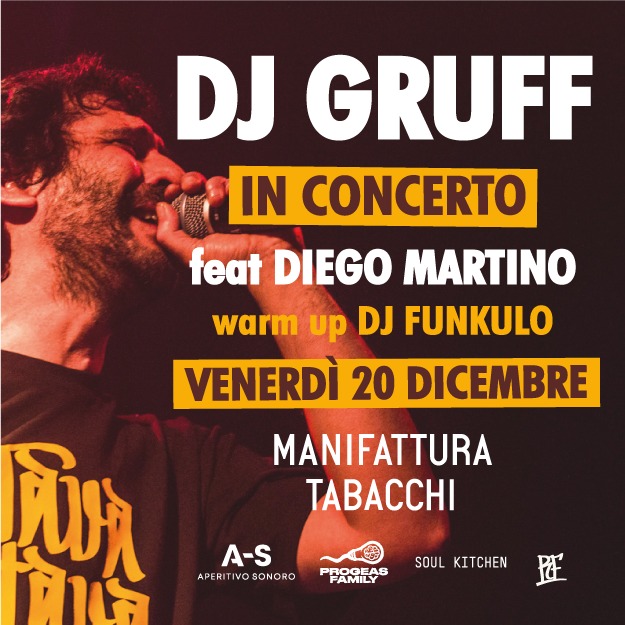 Sandro Orrù, AKA DJ Gruff, Gruffetti or Lowdy N.C.N. is a pioneer of the Italian Hip Hop scene.
Known for his original take on scratching and rapping, DJ Gruff has been active within the Hip Hop scene in Italy as a turntablist, DJ, beatmaker, rapper and producer since 1982.
He has been a member of a number of groups, collectives and crews such as The Place To Be (Next One, Carrie D, Igor, Nando- Boogie and Mr Hyde), Casino Royale (Alioscia Bisceglia, Giuliano Palma, Michele Pauli, Ferdinando Masi etc), Radical Stuff (DJ Skizo, Soul Boy, Sean, Top Cat and Kaos One), Isola Posse All Stars and was one of the founders of Sangue Misto (DJ Gruff, Neffa and Deda) with whom he recorded the album SxM, universally acknowledged as a milestone in Italian Hip Hop.
DJ Gruff has an extensive back catalogue in musical production including collaborations with musicians, MCs, breakers and street artists from all over the world.
Since 1996, he has collaborated with Alien Army, the collective representing the meeting of the greatest Italian turntable talents.