A series of talks during which the artists and curators visiting Manifattura Tabacchi share their experiences, as such offering up a space for discussion during the course of their workshops with the artists in residence of L’armonia.

The talk will be live streamed on the Facebook page of Manifattura Tabacchi and on the Instagram profile of NAM – Not A Museum. 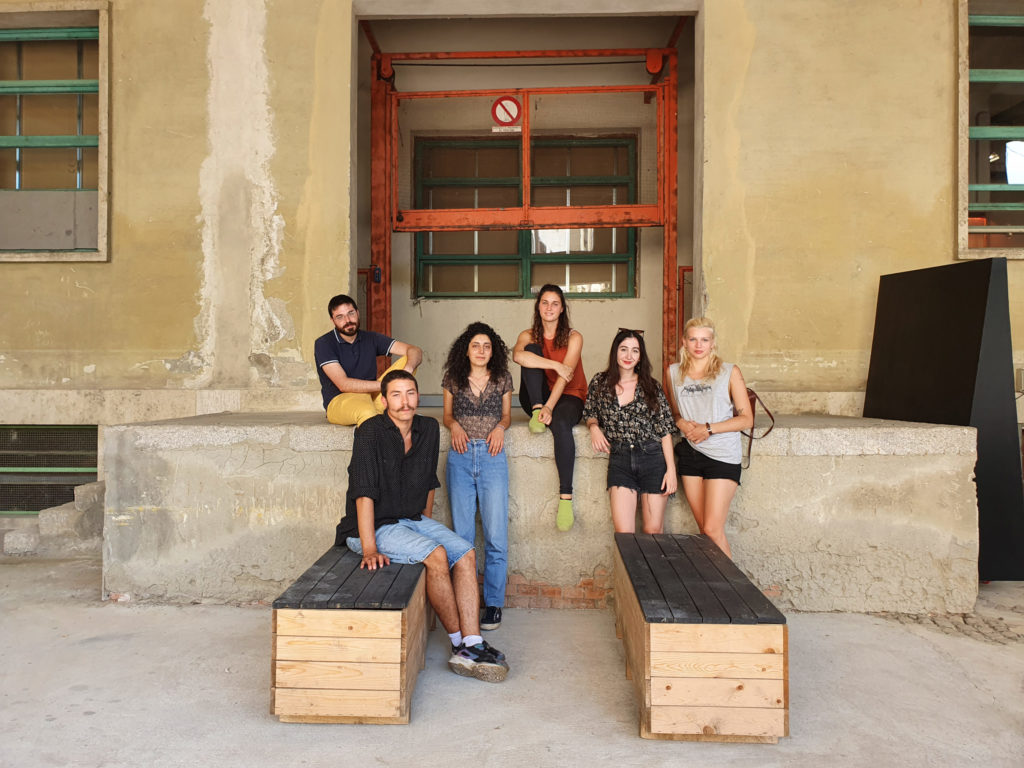 “The two artists have worked together since 1999, focusing on video art and installations. They express themselves through the language of video, in different forms such as performance, theater, installation, photography and recently cinema. In Italy they are recognized among the most important video artists and innovators in the field of contemporary art. Thanks to their unique feature of re-union of different arts the multiplicity of languages becomes a single chorus. Their artistic research has focused on the theme of incommunicability, highlighting the paradox of our communication society. This has led them to produce very intimate pieces alongside work with a greater anthropological, social, and political feel. They strive to engage their audience by using the moving image as an immersive installation. MASBEDO have also worked with video-performances to engage their audience within the creative space and gestures created by the video itself. The work is a synthesis of theatre, performance, architecture, and video.” [Alessandro Rabottini]

In 2018 MASBEDO are invited by Manifesta12 in Palermo to realize a project titled Videomobile, the video installation at the State Archive Protocol 90/6 and the video audio performance at La Sirenetta Terra di Nessuno. In 2016 the artists were invited by The Classroom, art and education centre based in Milan, to develop a thought about the care of the image in the context of a specific project, which saw them meet the most prestigious Italian restoration and conservation institutions chosen as production materials. This is the start point for a solo show titled Handle With Care, curated by Paola Nicolin, presented in Palazzo Vecchio in Florence, Centro Conservazione e Restauro and Reggia di Venaria di Reale during the art fair Artissima. Masbedo realized the the original sets composing videos live on stage for the opera Krol Roger directed by Sir Tony Pappano in Auditorium Santa Cecilia in Rome.

In 2015 MASBEDO had a solo show titled Symphony of an Execution in MART Museum in Rovereto, a project composed by two video-audio installations and a performance. During 2015, they presented The Lack, their first film, in several contemporary art museums (PAC Milan, MAMbo Bologna, MADRE Naples, MAXXI Rome, CAC Geneva, Martin Gropius Bau Berlin and 21er Haus Vienna), and film ferstivals (Venice Film Festival, Walter Reade Theater, Film Society of Lincoln Center New York). The Video 2’59” has been selected for the section Art Film at Art Basel Hong Kong. They signed the original sets for Mozart’s Magic Flute, an opera for the Fondazione Arena in Verona. In 2014 MASBEDO were the feature of a solo show titled Todestriebe at Turin’s Fondazione Merz, a space dedicated to art bridging painting and sculpture. In 2013 the Leopold Museum Wien presented the videoinstallation Ash and they exhibited in Pinacoteca Nazionale Bologna a solo show with videos and a video performance.
In 2012 they held video performances in several museums of contemporary art and in particular locations such as the Italian Embassy in Berlin during 7th Art Biennial. With the very special participation of Fanny Ardant they present at Teatro Strehler in Milan and Teatro Palladium in Rome an audio video performance from Le Remède de Fortune of Guillaume de Machaut. They participate with the doc-film Tralalà at the 69th Venice Film Festival and at the Reykjavik International Film Festival. Other very important shows in their career are Art Basel Unlimited (2011), MAXXI (2011) and MACRO (2003) Museum in Rome and the 53. Venice Biennial Of Art. Other museums such the Center for Contemporary Art Uajzdowsky Castle in Warsaw, the CCCB Centro de Cultura Contemporanea in Barcelona, the DA2 Museum in Salamanca, Castello di Rivoli Museo d’arte contemporanea in Turin, the OK Offenes Kulturhaus in Linz, the Tel Aviv Art Museum and the Centro Atlantico de Arte Moderno in Las Palmas de Gran Canaria hosted in the past years their artworks. Other Film Festivals in their career in which they have always participated with video-art projects: Bellaria, Tremblay en France, Novi Sad, United Nation World Forum in Rio De Janeiro, Locarno, Rome, Istanbul, Lisbon, Athens, Miami and Trieste. They worked with French writer Michel Houellebecq with which they write The World Is Not A Panorama, a video art movie with the precious collaboration with Oscar Winning actress Juliette Binoche and exhibit the premiere at the Gran Palais, Paris. MASBEDO’S artworks are collected by many important private foundations and the following public institutions: MART Museo d’arte Moderna e Contemporanea di Trento e Rovereto; Fondazione Merz, Turin; GAM Galleria d’arte Moderna Torino, Turin; Tel Aviv Art Museum; Da2 Museum, Salamanca; CAAM Centro Atlantico de Arte Moderno, Las Palmas; MACRO Museum of Contemporary Art, Rome; Junta de Andalucia, Spain; CAIRN Centre d’art contemporain, Digne; Galleria Sabauda, Musei Reali, Turin.