“if I could, unless we” – A Nightwalk through Manifattura Tabacchi

A Nightwalk through Manifattura Tabacchi

The main entrance for events is via delle Cascine, 33

A project curated by Linda Loppa during Pitti Uomo in Florence: a series of evocative installations between Fashion and Art, an unexpected walk in the former factory

“If I could, unless we” is not an exhibition;

Manifattura Tabacchi is not a museum.

Me, we, ours, those are the words we want to share with you. By inviting you to Manifattura Tabacchi we come together in several fashion/ art/ sound/ seeing/looking moments. We embrace time. Conditional sentences are talking about general truths, scientific facts, or things which always happen under certain conditions. (Learn English on-line.) By our conditional talks we can try to find out what spaces are and what fashion could or should be, if. By speaking and looking, we can create emotions to share; if not. Unless we are open minded and we think differently. Thanks to our “imaginary” or “immaginario“ we can invent the future; therefore we don’t look back. We will walk and talk together or alone. We will step in the world of another and dream together. In this walk we will avoid the clichés of fashion; no mannequins, no catwalk, no timeline, no storyboard; we walk. Seven designers/artists are offering to share their vision on fashion and not only, while walking through the untouched raw spaces of Manifattura Tabacchi.
Manifattura Tabacchi is the driver to challenge our visions; we can do better, we must.

The exhibition curated by Linda Loppa is part of a project designed for Pitti Uomo. A night walk which evokes a different, reflective dimension, on the line between fashion and art. It is a route which takes in multidisciplinary installations, all created by seven international artists and designers.

Bart Hess
Focuses on the cutting edge of design, fashion and visual art. In the past ten years, he has presented a variety of projects in which the relationship between man and material, nature and technology plays a central role. The starting point in the work of Bart Hess is the human body, which he always dresses in a different way, distorts or decorates in a way that has very little to do with fashion or styling. High-tech materials fuse with the model’s bodies. The designs of Hess seduce, disturb, attract and repel. The tension between the virtual and the tangible is constant.

Lara Torres
Is a senior lecturer at the MA Fashion & Textiles and BA Fashion & Textiles at the School of Art, Design and Performance at the University of Portsmouth. She holds a doctorate from University of Arts London at the London College of Fashion, with the thesis Towards a practice of unmaking: the essay film as critical discourse for fashion in the expanded field. Her research sits at the intersection of fashion design, fine arts, and film practice and theory, exploring notions of an expanded field of fashion, critical fashion and fashion film practices in the twenty first century. Her work has been featured in international exhibitions including The future of fashion is now (2014/15) in the Museum Boijmans van Beuningen in Rotterdam curated by José Teunissen, touring to the OCT Art & design gallery in Shenzhen and the OCAT Contemporary Art terminal Shanghai in China (2015/16); Why-what- who: 10 years of fashion artefacts at the Venice Biennale (2018) and the exhibition ’State of Fashion’ in Arnhem (2018).

Lara Torres video installation for If I could, unless we

Armando Chant
Is an artist, designer, and academic, whose creative practice explores the interrelationships between the drawn act, body and space through gestural mark-making using analogue and digital media, including photography, film, textiles and installation. Armando has developed an expanded, open practice through using a drawing methodology where the inter- relationships between the drawn gesture, body and space cross through and between diverse creative disciplines. His artistic practice explores the possibility of using the image/garment/artefact not as an outcome but as an interpretive tool to reframe the dressed body in a materially ephemeral and transient context.

Bernhard Willhelm
Straight after receiving his diploma in fashion design with honours in 1998 at the Royal Academy of Fine Arts in Antwerp, founded his fashion company together with Jutta Kraus. Bernhard Willhelm A/W 19-20 is titled WILLHELMTOWN. The collection is a symbolic view on consumerism, and the relationship between consumers, authors of consumer innovations, and its impact on present and future state of humanity and the world. The brand has served the educated consumer and some barbarians since 1999 worldwide.

Clemens Thornquist
Is Professor in Fashion Design at The Swedish School of Textiles, University of Borås, Sweden. His research spans fashion, art and philosophy with the aim to develop fashion design through experimental research methods. The main focus of the research is on developing new foundations for fashion design through methodological developments and explorations of foundational definitions in areas related to matters at the intersection between body and space. His action-based artistic research on the intersection of art, fashion, philosophy and organisation have resulted in numerous original books and publication and artistic research work in different media, exhibited and presented worldwide.

Pages from the book Artistic Development in (Fashion) Design

Moses Hamborg
Is a fine artist based in Florence, Italy specializing in portraiture. Born in Huntington Beach, California in
1995, he moved to Italy to learn the techniques of the Old Masters. After graduating from the Florence Academy of Art, completing the Intensive Drawing, Intermediate and Advanced Painting program he was awarded the Artist in Residence position. Following his residency, he took on portrait commissions in Northern Ireland, England, Italy, and California. He completed his classical training at Charles Cecil Studios.

Senjan Jansen
Senjan Jansen is a composer, sound director, and designer as well as music producer who collaborates with various artists in the world of film, high fashion, theatre, and visual arts. Following a degree in filmmaking, he started composing music and designing sound for international films and television projects. He crossed over to extend his activities to fashion when Haider Ackermann asked him to produce the soundscape for his show in Paris. Jansen enables his soundscapes to manipulate, surprise, disguise, and to captivate. He creatively conceives a tension which comes to life through sound in one narration as he records and composes intimate musical soundscapes and auditory environments which echo an artist’s vision and the visual narrative. In 2017 he joined forces with visual artist Laure Prouvost on They Are Waiting For You (Walker Art Center) and Ring Sing And Drink for Trespassing (Palais de Tokyo). 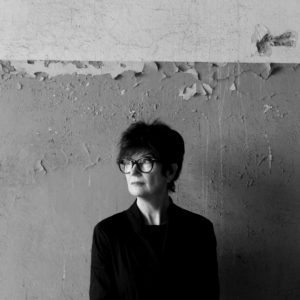