“Imposing in its scale and structural expressiveness, the Palazzo del Lavoro struck me as having an assertive character that detaches it from the location where it was built. The premise of the building is simple: a repetition of a massive structural cantilevered element, 30m in height, which creates a canopy and is surrounded by a delicate glass envelope.

With my work I wanted to express the independent and energetic nature of the structural piece by de-localizing it. I created an augmented reality effect that allows people to use their phones to place the virtual piece anywhere they are. The piece can be in their garden, their city, or their desk. The nature of the virtual allows for an ubiquitous presence, which comments on the mid-century modernist promise of a universal architectural language.

The platform for distribution of the effect is Instagram, enabling people to share the effect and replicate it infinitely. The idea of replication echoes the design of the Palazzo, in which the straightforward repetition of the structural piece constitutes the entire building. The idea of modular repetition —in the piece itself, its constituent parts, and the numerical modularity present throughout the building— finds a counterpart in the digital world, where infinite replicas are routinely generated and destroyed at dazzling speed.“

“Uncommonly in Instagram effects, I created a scale selector, to let users place the piece at 1:1, 1:20, 1:50 etc. In augmented reality, topology dominates over geometry but I am interested in bringing architectural preoccupations with scale and geometry to spatial computing.

Finally, I recorded the videos in a suburban neighborhood of Madrid, built in the 60s as a mixture of social housing and modernist blocks. Designed for workers of the nearby Barajas airport and its surrounding industry focused on transportation and steel, the area embodied the ideals of the time when the Palazzo was built. Today its eclectic banality clashes with its geometry.“

To test the effect, the user can search for “Cinema Nervi” in the Filters section of Instagram or scan the QR code from the information panel displayed in Manifattura Tabacchi, once the exhibition is open to the public. If the user chooses to share it by tagging @luciatahan, @parasiteparasite, @nam_notamuseum and @manifatturatabacchifi he will be active part of the work thanks to his contribution. 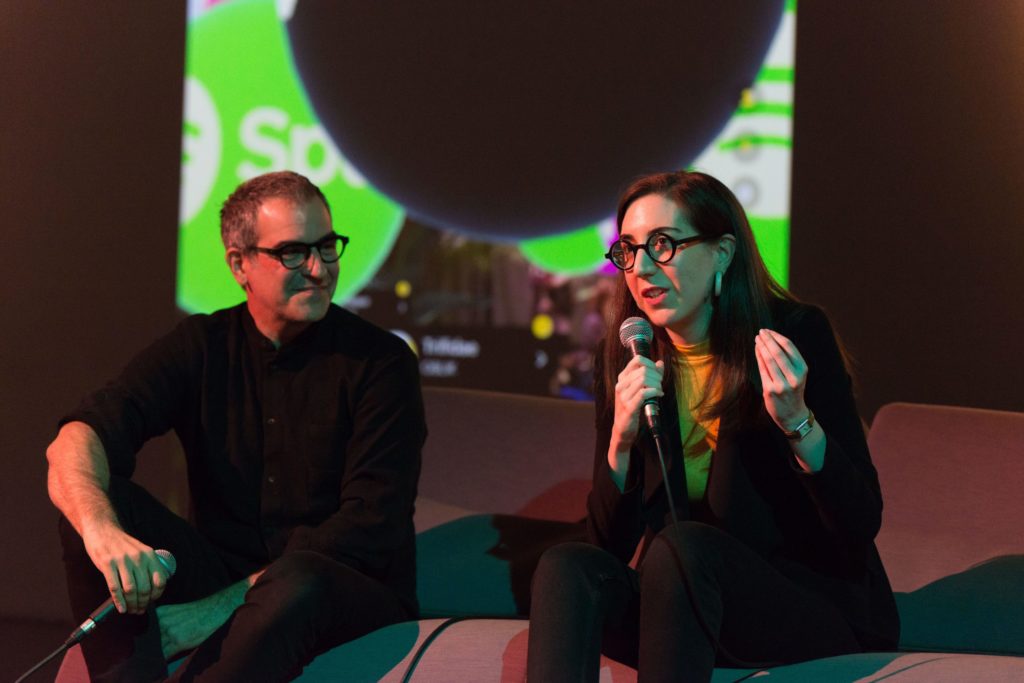 Lucia Tahan leads an architecture practice based in London that deploys experience design in spatial and digital systems. Since its founding in 2017, the studio has produced work across a wide range of scales, from software to construction to critical writing, while developing architecture projects and exhibitions.

Her research work was part of the 2018 Venice Architecture Biennale and in 2019 she completed the Housing the Human fellowship with a research project focused on Augmented Reality and domesticity. She is currently working as a spatial computing designer at Facebook Reality Labs and was a co-founder for a cloud 3D software incubated by the New Museum in New York.

Previously, her work has been presented at the University of Illinois at Chicago, Lisbon Architecture Triennale, Seoul Biennale of Architecture and Urbanism, Istanbul Biennale, and MAXXI Museum in Rome, and published in magazines such as Bartlett’s Lobby.

God is Green / The best science fiction books by Pnat