From the world of drawing to the world of performance, L’armonia’s first workshop saw human expression and collective feedback in action. Francesca Banchelli‘s artistic research took its first steps in the spaces of Manifattura Tabacchi, focusing on harmony as a fundamental building block for the construction of life: a harmony made up of balances and imbalances that, through action, is transformed into a creative force.

Through the writings of Murakami, Francesca Banchelli explored the themes of time, space and probability with the artists in residence. These are ‘Variables’ that influence the human world, and, according to the Japanese writer, human will is our only tool with which we can influence them.

The six artists in residence began the first day of the workshop by using the medium of drawing and physical gestures to delve into this concept of ’the will’. In the performative construction of a house of cards, the artists responded together to an archetypal need in their collective quest for a balance between force and probability. This exercise illustrated how balances and imbalances can be harmonized to create structures and ideas capable of lasting in time.

The first workshop of this residency served to form a bond between the participants and help them approach this experience as a unit instead of as individuals. The common goal of creating a collective work has the ability to break the harmonic patterns of the single artist, to then reweave them into the group’s identity, ‘just like the lyre‘, hints Banchelli ‘some strings sound in harmony with the vibration of the others, even if they have not been touched directly — there can be sympathetic resonance between human energies as well‘.

The Tuscan-born artist brings a symbiotic system of dual realities to the spaces of Manifattura Tabacchi, focusing on one of the fundamental notions of artistic research: balance in all its forms, even between opposing forces. 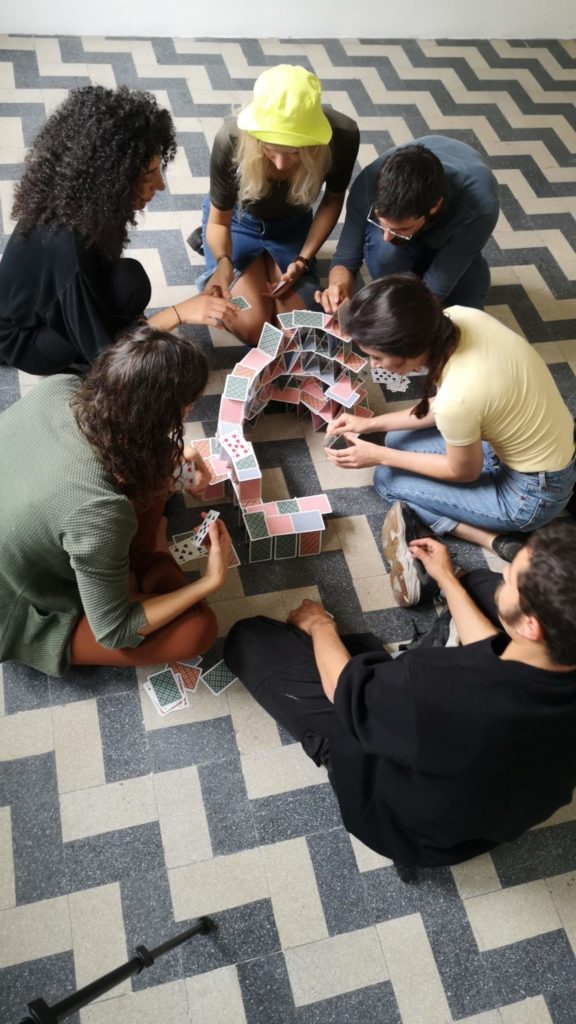