Not A Book / Luca Scarlini

Lessons on our times

NAM – Not A Museum’s Programma Pubblico (programme for the public) presents Not A Book, once a month, on a Thursday, ‘teachers’ from various fields are invited to speak for 45 minutes, for one time and one time only, on topics related to the times we’re living in.
Given that these events have been organised by Libri e-lettrici, the artisan workshop by Todo Modo, a bookshop that thrives on books, Not A Book could seem like a provocative title. However, the idea is to invite authors who don’t necessarily want to speak about a book or have their own latest book to plug. Not the usual presentation with the presenter, interview, answers, hands raised, signings, instead it’s a moment where you can listen to an idea, a vision of the world.

Access will be in full compliance with the measures that the Italian Government is taking to combat the spread of Covid-19.

‘False, or real pop. Stories of past and present falsifications’

The world of pop is alive with falsehoods of every type, from apparitions that become real, to brutal darkness turned into pure sunshine with a dash of makeup. Starting from Andy Warhol‘s prophetic reflection on the need for a doppelganger, and on the centrality of the avatar, comes a history of the real and the fake, from the past through to the present day. 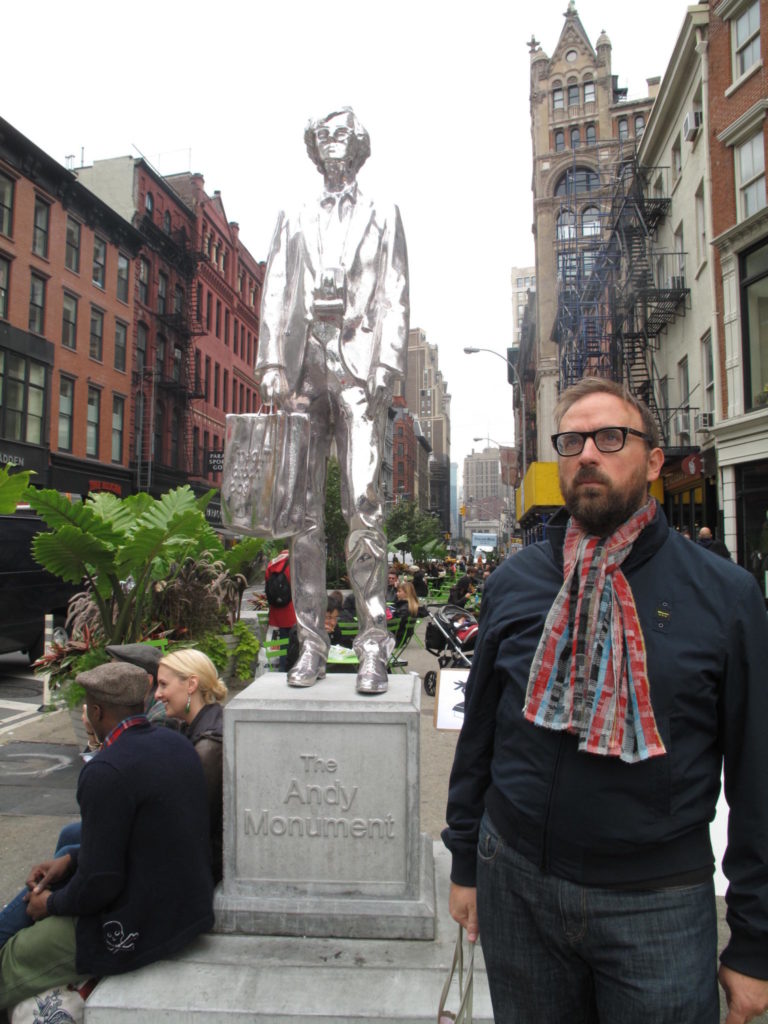 Luca Scarlini is a writer, playwright for theatre and musicals, narrator, and performance artist. He teaches narrative techniques at Scuola Holden in Turin and has collaborated with numerous Italian and European theatrical institutions, including The National Theatre in London, the Lod company in Gent, the Opera XXI Festival in Antwerp, La Batie Festival and the amstragram theatre in Geneva. He writes for music and dance, and from 2004 to 2008 he was an artistic consultant for the MilanOltre festival at the Teatro dell’Elfo in Milan. In 2006 he was the artistic director or TTV in Bologna, and in 2005 he coordinated the activities of the Capitale Mondiale del Libro at Atrium in Turin. He has extensive experience as a storyteller, performing solo or accompanied by musicians, dancers, and actors, in theatres, museums, and historic sites.