A project by Linda Loppa

produced by NAM – Not a Museum

11 themed containers hosting a series of 11 conversations between speakers from all over the world, with expertise in a wide variety of sectors, including fashion, design, science, art, and literature. A balancing act between opposing views to rediscover the joy of speaking together. Moderated by project curator, Linda Loppa.

ICEBREAKERS, a series of conversations curated by Linda Loppa, one of the fashion world’s most influential figures,  which connects speakers from all over the globe, from China to the USA, from India to Australia, from Europe to Japan.

11 containers, 11 topics, 11 pairs of speakers, bringing their innovation and expertise in their respective sectors of fashion, design, science, art, and literature. “The number 11 has a really important symbolic value, it represents the inner strength that can be found in all of us when we face moments of crisis”, explains Linda Loppa

Every week, starting Thursday 14 January 2021, the public will get to experience of original and insightful dialogue, expertly guided by Linda Loppa, on the Manifattura Tabacchi website and  Youtube channel, and on the NAM – Not a Museum IGTV.

In a moment of crisis, where social, cultural, economic and political assets are being redefined, what role does cultural production have? This is one of many questions that will be central to the conversations, which the speakers will respond to by drawing on their own skills and experiences, demonstrating how communication and connections between seemingly distant worlds can serve to find innovative solutions.

It is a ground-breaking approach to facing today’s most pressing issues and a way of proposing practical solutions, daring in their simplicity.

Each container represents a conceptual space which will host a meeting of two minds, without placing limits on the ambition of their expression. ICEBREAKERS creates connections between people of different backgrounds and experiences, creating new digital spaces outside of the usual arenas and transforming them into places that can inspire new ideas and solutions.

ICEBREAKERS takes place within the frame of Living Room, a cultural space set up by Manifattura Tabacchi in 2019 to host conversations between figures from diverse sectors. In 2020, Living Room found new life as a digital format, evolving into a very real interdisciplinary programme, taking in cultural projects set up from scratch and following specific themes.

ICEBREAKERS is part of the project The New Fashion Container, conceived and curated by Linda Loppa. As Linda herself explains; “The NFContainer came to life as a reaction and alternative to the excess of time and resources that render the global production system as unsustainable, starting with the example of fashion production. The ‘containers’ are pavilions, rooms, or galleries, where people can come together to imagine a better world. It is a group project, a unique approach for a global platform which can connect people, ideas, inventions and innovations, providing the stimulus where local projects can go global thanks to technology”.

Angelo Flaccavento, art critic, writer, and poet, and Anna Yudina, author in the fields of architecture, design, urban planning, and interdisciplinary thinking, discuss the role of critique as a means of understanding others and reconciliation between those inside and outside of the system.

21 January // THE EXHIBITION CONTAINER
A conversation between Dobrila Denegri, curator and director for many years at the Museum of Contemporary Art at Torun in Poland, and Marlo Saalmink, founder of the atelier that bears his name in Vikeland, Norway, which focuses on curatorship, strategic development, and creative direction for fashion brands. Together they reflect on curatorship as a means of encouraging the production and adoption of multi-disciplinarity in the sectors of fashion and contemporary arts.

Anne Timerman, co-founder of the creative studio TM/R in New York, and Sam Cotton, London-based creative and innovation consultant, designer, and creative director for a host of fashion brands, speak about the use of technology in relation to brands’ creative and production processes.

Karchun Leung, art director, designer, and fashion consultant from China, and Valerio Mannucci, co-founder of the Nero publishing house in Rome, look into the role of publishing, writing, and language in contemporary society, in the wake of radical changes brought about by the pervasiveness of the internet.

Ting Ting Zhang, creator of the Cloud HAT, and Gianfranco Villegas, founder of the SelfMade brand, offer an illuminating insight into the world into the industry of contemporary fashion, illustrating how the latest generation is able to move between seemingly distinct areas in order to find solutions, and make the most of the opportunities offered by technology.

Stefan Siegel, from Los Angeles and founder of NotJustALabel, and Alessio de’Navasques, Rome-based writer, curator and co-creator of the Artisanal Intelligence project, embrace the themes of craftmanship and time, giving value and importance to the creativity that emerges outside of traditional centres of fashion and business.

Minna Palmqvist, fashion designer based in Stockholm, and Adele Varcoe, artist and designer from Melbourne, retrace the patterns and textures of fashion and art, trying to find their limits.

Suket Dhir, fashion designer based in New Delhi, and Armando Chant, from Sydney in Australia, an artist, curator, and academic with a background in the fashion industry, are tied together through their use of textiles, a medium which both employ as a means of expression and identity, as well as a way of looking into culture and society. Together they explore ways that fashion production can be made more sustainable, finding a balance between production and consumption.

11 March // THE SURPRISE CONTAINER
Kristofer Kongshaug, executive creative director of Boon Paris, and Geert Bruloot, curator and art director based in Antwerp, both with extensive knowledge and experience in retail, interior design, and fashion, take part in a dialogue which highlights their innovation and visions of the future.

18 March // THE BRAIN CONTAINER
the conversation between Fabien Beckers, founder of the Invention Factory in San Francisco, and Sissel Tolaas, a Berlin-based artist and researcher known for her work on smells, transforms into an exchange of experiences which are as diverse as they are complimentary, blessed as they both are with a curiosity for the world around them and a desire to use knowledge as a means for changing it for the better.

25 March // THE DINING CONTAINER
Hirofumi Kurino, co-founder and currently senior advisor for the Japanese retail group United Arrows, and Linda Loppa, present the viewers with a moment of ideal and virtual conviviality, reviewing all of the containers in the ICEBREAKERS project, collating the gains and preparing the ground for future connections. 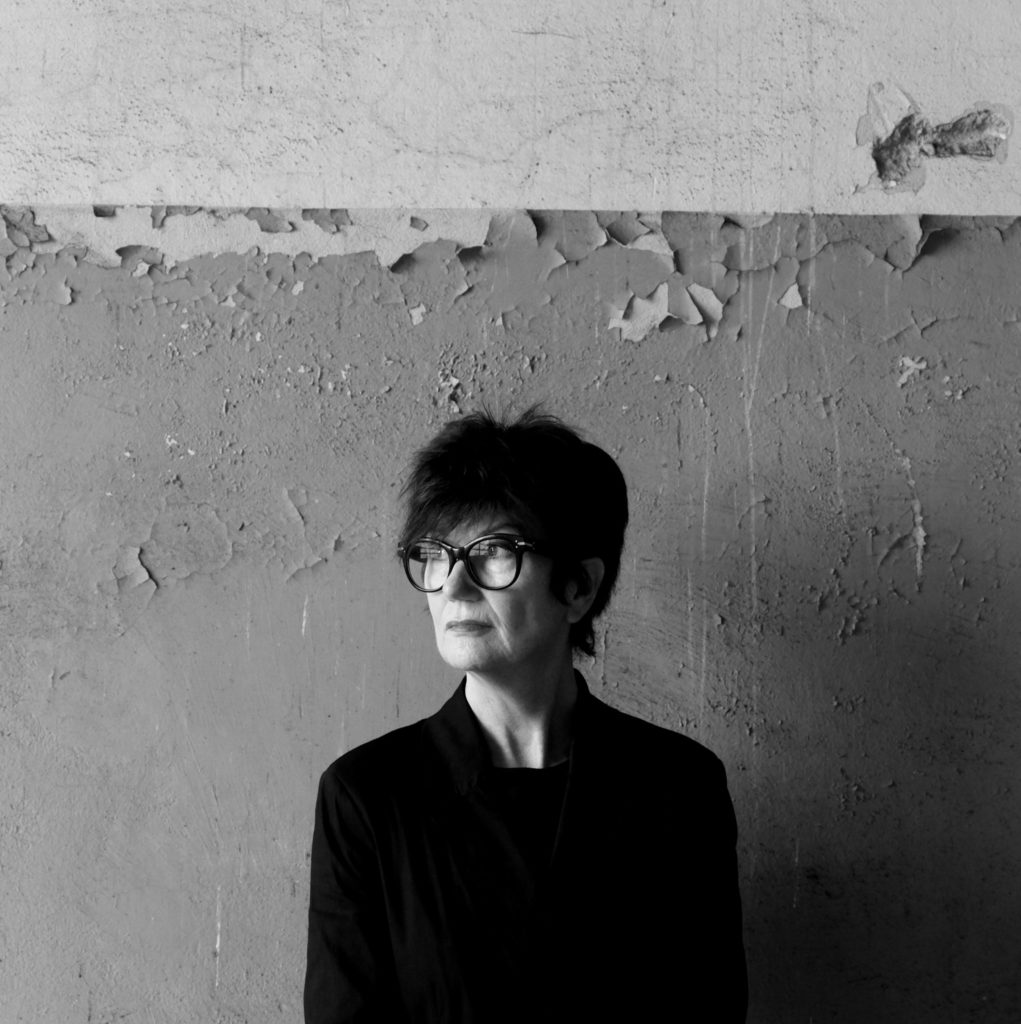 _ Founded Linda Loppa Factory – a studio promoting art, culture and education based in
Paris.
_ ‘Adviser Strategy & Vision’ for Polimoda Institute, Florence Italy – a platform based in Paris.
_ Member of the ‘Advisory Council’ of MoMa New York for the exhibition “Items: Is Fashion
Modern?”
_ Appointed to ‘a Visiting Fellowship’ at the UAL University in recognition of your distinction in
your field of practice. The appointment is for the three-year period 1 September 2016 – 31
August 2019.’
_ Member BoF500 – Business of Fashion – Hall of Fame since 2014.
_ Member of the ‘Advisory Council’ “The State of Fashion” Searching for the New Luxury –
Arnhem the Netherlands. Opening May 2018.
_ Honorary Doctor of University of the Arts London (July 2018).
_ Developing Fashion & Art Curating Projects. “if I could, unless we” at Manifattura Tabacchi,
Florence 2019 – Talk ‘Living Room’.
_ Lecturer / Writer / Fashion Critic
_ Selected as a member of the ‘Laboratoire d’Idées’ “Grand Palais 2023” in Paris;
_ Published book LIFE IS A VORTEX Published by Skira ISNB: 978-88-572-4062-6
_ A Manifest: The New Fashion Container project. Registered August 3, 2020