With Sara Filippi Plotegher, nutritional biologist and author of Tomatology (the strange story of the most famous plant in the world), Francesca Castioni, agronomist and expert on ancient grains, and Eleonora Lallo, president of the association Scienza in Fabula

Ancient and curious stories are hidden behind our food. What we eat and drink has often been based on specific needs, today those needs are not the same. How can we ensure that the food we eat and grow is sustainable for the planet? God is Green invited experts to try and respond to this question.

A look into the history of Italian culinary traditions, into the troubled historical and scientific vicissitudes of many local foods and on the bizarre metamorphoses that connect customs with botany, and national identities with agrarian developments.

The strange story of the most famous plant in the world

Tomatology, written and illustrated by Sara Filippi Plotegher, speaks about the history of Solanum lycopersicum in a simple and entertaining way.

The tomato arrived from northern South America, where the Mayans called them ‘Tomatl’, a name that found its way into various languages. Imaginative interpretations produced new names for this beloved plant, for example ‘pomodoro’ derives from ‘pomo d’oro’ (golden apple), as the round and juicy fruits, true gifts of nature, were once called.

In some countries the name derives from ‘Paradise’, which on one hand comes from its red sensual aspect, making it the perfect candidate as a forbidden fruit, and on the other hand because it was believed that Paradise was just south of Asia, or where Christopher Columbus had theoretically landed.

Initially it was a very small fruit, it became larger and fleshier thanks to Mayan selective cultivation. When the conquistadores arrived in America, they brought back many different plants and food products as symbols of victory and prosperity, and amongst these the tomato certainly enjoyed a privileged position.

“My grandmother was from Trentino, and she saw her first tomato when she was 13, in the garden of a neighbour who then gave her the seeds of this exotic plant. When she tasted it she was speechless!”

Once people began to taste it there was no turning back and it became one of the world’s most favourite foods. But why do people like the taste of tomatoes so much? The biochemical answer to this can be found in its high sugar content, which artificial selection has increased over the years, as well as its high glutamate content. Glutamate is an amino acid which is naturally contained in many different foods and is what provides the flavour called Umami, the Japanese word for tasty.

The tomato is one of the most consumed plants in the world, but how is it grown? Often to lower the price per kilo, unorthodox methods or methods that change the organoleptic properties are used, before we even begin to speak about the social and ecological consequences. 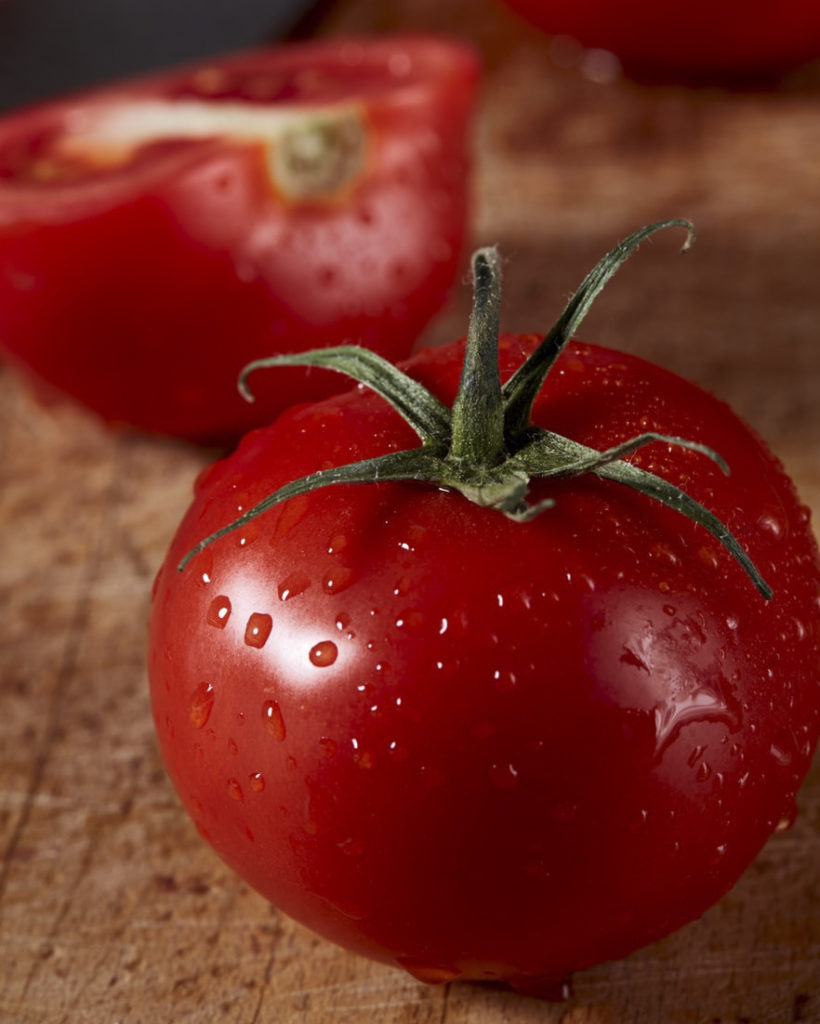 The price of what we eat is not the only thing to consider, both on an ethical level and for the wellbeing of the organism. Tomatoes that ripen on the plant, for example, have a higher price as they require more care, but they are definitely tastier and richer in the secondary metabolites which our bodies need in order to function correctly.

The long history of grain and the properties of ancient grains

Around ⅔ of human food is based on cereals, in fact the first human civilisations settled in places where it was possible to cultivate them.

Cereals are part of the Gramineae family, also called Poacee, which includes corn, rice, wheat, barley, oats, and rye. In recent years there has also been a great increase in the cultivation of pseudo-cereals such as buckwheat, amaranth, quinoa and chia.

Those plants that today are grown in very large quantities are nothing more than the result of a long selection process begun in Neolithic times from common weed plants.

Substantial differences can be found in the different grain varieties, for example, durum wheat prefers warmer climates and has a vitreous consistency, it is used to make pasta as this consistency allows it to cook well, in the south bread is also often made with this flour.

Soft wheat has a soft, white grain and contains a lot of starch. The flour obtained from this grain is suitable for baking, and if it is used to make pasta it is mixed with eggs to give it more consistency during cooking.

The grains that we know today were selected around 1960, and are distinguished by a short stem that prevents them from lodging, they produce excellent yields and are harvested very easily. Ancient grains had much longer stems which in the past were also used to make straw, but which made them more prone to lodging.

During this transformation there was also an increase in gluten content, the component that gives flour the right consistency for making dough, making it easier to work with and producing a more palatable final product: making softer, leavened bread and desserts that rise.

In the long run this high gluten content has also led to gluten intolerance and allergies. Associations such as Grani Antichi di Montespertoli have been set up precisely to encourage the cultivation of ancient grains with long stems and with more digestible organoleptic properties.

According to research from Florence University, conducted by Dr. Benedettelli and Dr. Sofi, food produced using ancient grains reduces cardiovascular risks factors and increases the concentration of antioxidants and anti-inflammatories in the blood stream.

The Grani Antichi di Montespertoli association researches, develops and promotes grains derived from ancient seeds, collaborating with producers, mills, bakeries and shops in order to bring back production of grains with characteristics that are beneficial for health and the earth, whilst not being too difficult to cultivate. In order to do this, it’s necessary to start with long-stemmed species for a time before they begin to produce grains with optimal nutritional properties and good harvest yields. Only thanks to the commitment of producers, and researchers such as Dr Francesca Castioni, will this be possible.

“Eating is an intimate act, we put something inside ourselves. Often, we have no idea where the things we buy at the supermarket actually come from. In order to feed ourselves well, it’s essential that we are well informed, invest our time, and change our attitudes.”