Designed and created by Stefano Mancuso and PNAT for B9

The Fabbrica dell’Aria (Air Factory) is the first prototype of an innovative solution which reduces indoor pollution, created specifically for Manifattura Tabacchi and conceived by neurobiologist Stefano Mancuso and PNAT, a collective made up of designers, architects and biologists. This device uses and enhances the capacity of plants to absorb and degrade atmospheric pollutants. It is a genuine botanical filtration unit with its own peculiarities and very different from traditional types of filtration in the sense that the pollutants are separated from biological activities and incorporated into the plant biomass. The design of the modules is based on a botanical filter developed by PNAT and tested in the LINV laboratory in Florence, which confirmed its effectiveness. Using a mass spectrometer, which is able to identify the entire spectrum of volatile compounds, data on air quality were collected, with results showing a 98% reduction in atmospheric pollutants.

“Thanks to this unique combination of botany and design, the Fabbrica dell’Aria is an innovative, scalable and replicable model which exponentially increases the natural ability of plants to remove the pollutants that are present in the places where we live and work.”

The project came out of studies into atmospheric pollution within closed environments, which actually exceeds the levels of concentration found outdoors but receives little of the attention. Plants have a natural ability to clean the air of pollutants but the issue has always been the huge quantities required. However, thanks to technology created by PNAT, this capacity has been increased to such an extent that just a few plants are able to purify a large amount of air in a short amount of time. Thanks to this unique combination of botany and design, the Fabbrica dell’Aria is an innovative, scalable and replicable model which exponentially increases the natural ability of plants to remove the pollutants that are present in the places where we live and work.

Artemide and Cosentino are two technical partners who contributed to the creation of the Fabbrica dell’Aria. Artemide designs lighting solutions that are incredibly innovative and energy efficient, with contemporary aesthetics that allow them to sit in harmony with their surroundings. Thanks to a new interpretation of the relationship between artificial lighting and nature, Artemide has created a lighting system that is attentive to the development needs of the plants, making it the perfect system for the new relationship between humanity and the environment that is proposed by the Fabbrica dell’Aria.

Cosentino supplied the Dekton slabs used for the paving. Dekton is a sophisticated mix of raw materials which uses an exclusive technological process which accelerates the metamorphic changes which natural stone has been subjected to for millennia in conditions of high pressure and high temperature. The Dekton pressing creates an ultra-compact large format surface, the process reproduces in just a few hours what nature achieves over millennia. 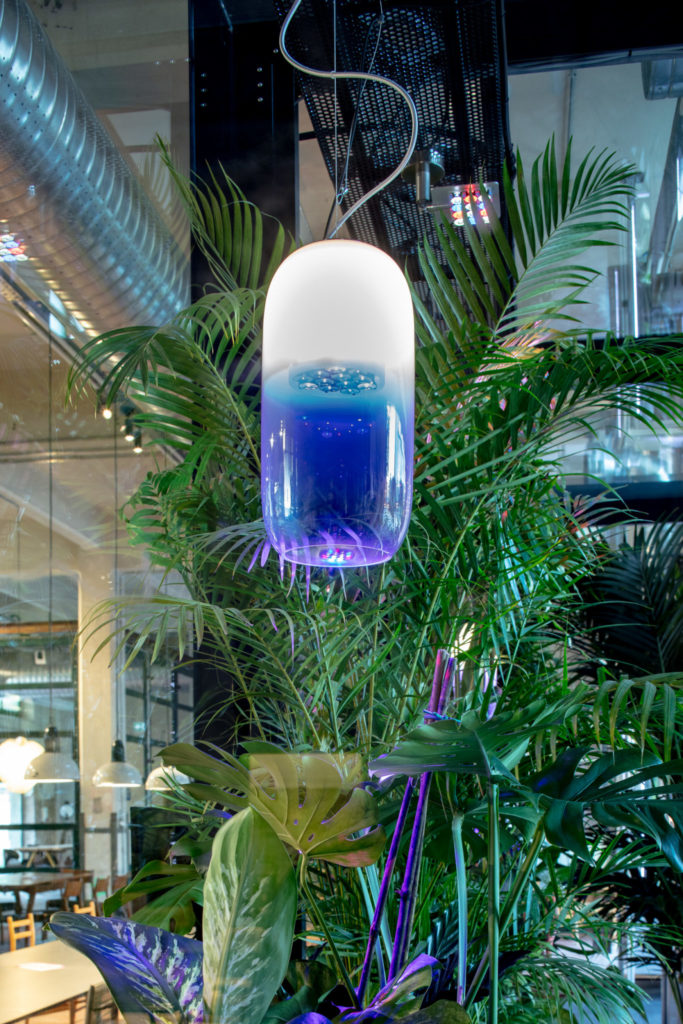 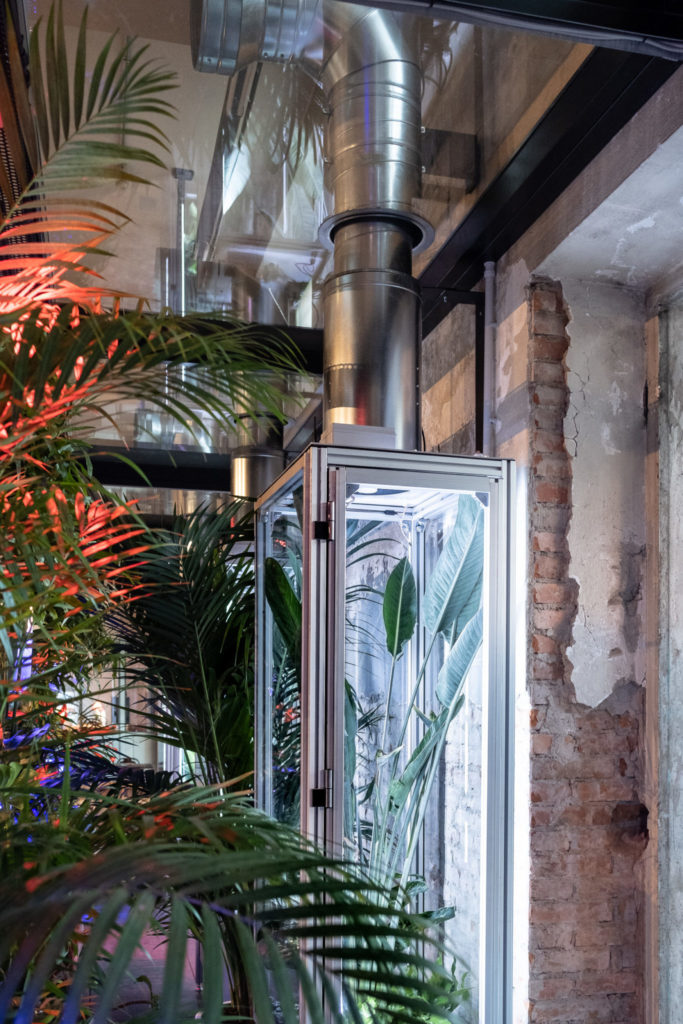 Stefano Mancuso is an esteemed scientist, professor at the University of Florence and the director of the International Laboratory of Plant Neurobiology (LINV), which has sites all over the world. The researchers coordinated by Mancuso look at plants from a particular perspective, they study their cognitive capacity, their ability to resolve problems and adapt. It is a pioneering vision that combines neuroscience and botany.
Working alongside LINV and PNAT, a spin-off from the University of Florence, where experimental research meets sustainable design. This intersection between plant-based production, botany, biotechnology, biomimetics and design that characterises the team has produced, over the years, a series of technological innovations based on plants. In fact, PNAT uses plants as the core technology with the aim of integrating them into the built environment, from small scale to urban scale, for purification both indoors and out. It also deals with the role of plants in the calculation of ecosystem services and develops environmental sensors for urban green monitoring. The multidisciplinary team is composed of Professor Stefano Mancuso, the botanists Elisa Azzarello, Camilla Pandolfi and Elisa Massi, and the architects Antonio Girardi and Cristiana Favretto.
It is thanks to this team that the project of the Fabbrica dell’Aria came into being, a solution that is scalable and suitable for different environments, and which aims to renew the synergy that has always linked our survival to that of plants