In the middle of February, I went on a trip to the Middle East, to visit Israel and Jordan for a couple of weeks. While the trip was ongoing, the coronavirus, day after day, was generating a more and more serious situation in Italy and the rest of Europe. In those weeks the schools were closed in Italy, including the Academy, so I decided to continue traveling in Eastern Europe until everything was back to normality. From Jordan I flew to Greece, with the plan to start from Athens a journey northwards up to a “Italy without corona”; however that wouldn’t happen. In Israel and Jordan, I saw how the countries were preparing to fight against the pandemic, but in Greece, the direct combat reached me, from day to day everything was closed, transports, and borders were blocked. I got a flight canceled from one day to another so I realized that I couldn’t continue traveling. I decided to leave Greece as soon as possible taking the first scheduled flight to Germany, where I would spend a month with some friends, in a small city in the south of Germany called Freiburg, situated in the middle of incredible valleys and mountains, and surrounded by the black forest.

The quarantine was taking place practically all over Europe, each country taking different measures according to what each government considered best for its inhabitants. In Germany there was never total confinement, you were allowed to go out and enjoy nature in the company of the people with whom you shared your home. During one month I and my friends went out to trek the black forest around Freiburg. At the end of March spring was visible in those mountains and valleys, increasingly green and humid, which was extraordinary for me as it contrasted with the desert landscapes I saw and experienced in the last few weeks.

One morning, while we were crossing a meadow, a hawk began to hunt around us, dropping to the ground a few meters from where we were walking, as if we weren’t there. That encounter amazed me and at the same time made me reflect on the role of human beings in nature and society. Then we walked to reach the top of the mountain; from the distance and the height of a mountain peak, the cities seemed little and peaceful places, the virus and the pandemic seemed only a fable or a story, the calm continued to exist, life continued with its cyclical balance. As soon as we returned home, and I turned on my cell phone, the news transported me to another world, sick, unbalanced, and dying. The contrast between these two situations was very strong and represented a brutal physical and psychological contrast. After spending a month like that, among trees and streams, I decided to return to Florence to catch up on my academic activities. “Normality” became “to work and study in a virtual world”. So, before I left I created two paintings as a gift to the friends who gave me shelter during this time. In those canvases, I depicted our walks and thoughts, and they became the sketches for the works that I prepared for this exhibition.

The three works that I include in this project are reflections regarding the complexity that exists in the relationship between the natural, urban and human world on a physical and psychological level, which I named MOUNTAIN THOUGHTS.The works are made with the technique of oil and charcoal on Fabriano paper, measuring 200 by 125 cm. each.

II the bear and the snow artwork

Santiago Navarro ( b. 1991) studied at the National School of Painting, Sculpture and Etching “L’Esmeralda” in Mexico City from 2011 to 2015. Since 2018 he has been studying for a master’s degree in Visual Arts and New Expressive Languages at the Academy of Fine Arts in Florence. He has devoted himself fundamentally to painting, graphics and photography, touching on themes related to love, violence, spirituality and the human condition. 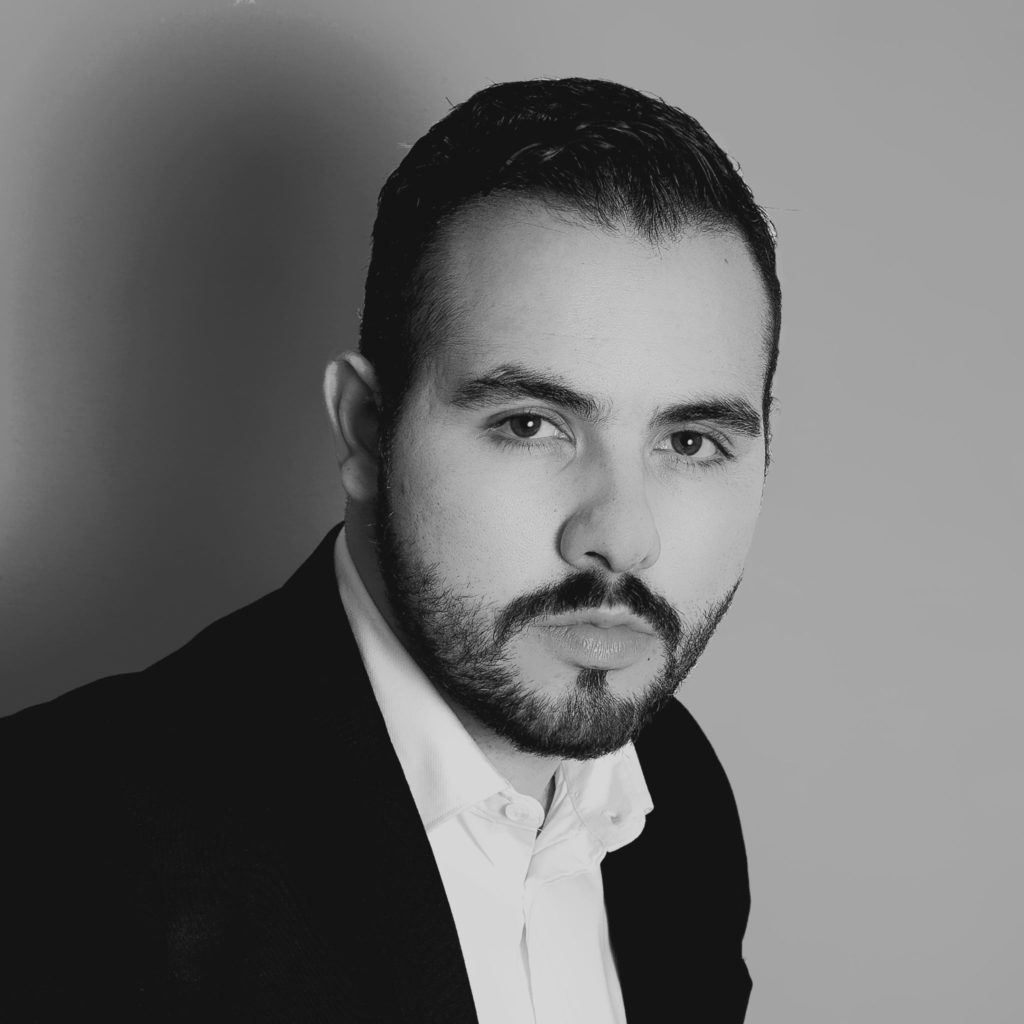 The six artists in residence of La meraviglia